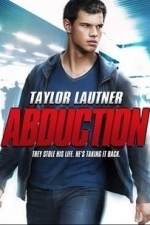 (4 Ratings)
Movie Rating
Story: Abduction starts as we meet rebellious high school student Nathan (Lautner) that is under strict training from his parents Kevin (Isaacs) and Mara (Bello) as well as his therapist Dr Bennet (Weaver) helping him control his anger problems. Nathan gets assigned to work with his high school crush Karen (Collins) in the latest project, which involved looking at missing children’s websites only to discover one of the kids looks just like him.

When Nathan learns the truth, he finds himself getting targeted and Nathan is wondering just who to trust with Dr Bennett, Agent Burton (Molina) or Kozlow (Nyqvist) in what will turn into a race against time to find safety.

Characters/Performance – Nathan is a rebellious high school student, struggling with girls, studying and generally fitting in. he learns that he is in fact adopted but this opens the doors for people coming to capture him leaving him one option, running. Karen is the crush of Nathan and ends up in the middle of the chase also running for her life. Burton is the CIA operative trying to bring Nathan in before Kozlow can get his hands on him. Kozlow is a European enemy that came to America in search for Nathan for bargaining, nothing overly fancy about this character. Dr Bennett, Mara and Kevin all have a secret about what is going on with Nathan.

Performance wise, we all know Taylor Lautner isn’t known for his acting and it does clearly show here. Lily Collins is similar, while she has come a long way now back here she struggles. When we look at the older respected actors we get good supporting performances without shinning on any levels.

Story – The story follows the idea of a teenager learning his parents are not his parents leaving him on the run from enemies he doesn’t know who to trust. Having two teenagers outsmart CIA, international enemies and normal cops does come off rather farfetched which in places does nothing but disappoint in this film. as for entertainment value, this is simple enough for the fans of the genre.

Action/Mystery – The action is everything you expect with no extra special moments but the mystery about Nathan’s true identity is what is the only interesting part of the film.

Settings – Being on the run leaves us going through a string of generic settings for this type of film.

Special Effects – All the effects are fine without being anything special.

Final Thoughts – This is a film that has its flaws sure, but once it gets going it can become an edge of your seat thriller. 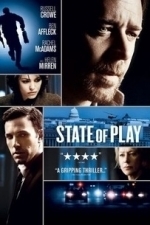 (2 Ratings)
Movie Rating
In the corridors of the nation’s capital, Washington D.C. alliances and wheeling and dealing are the name of the game. With billions if not trillions of dollars hinging on new laws and policy, corporations clearly have an interest in which way the political winds are leaning and how it will affect their all important bottom line.
In the political thriller “State of Play”, Director Kevin MacDonald has combined a stellar cast with a strong script from Tony Gilroy, Billy Ray, and Matthew Michael Carnahan to craft one of the best dramas since Gilroy’s “Michael Clayton”.

When the lead researcher of Congressman Stephen Collins (Ben Affleck), dies in an accident, it is a devastating blow to the young Congressman as he prepares for a series of hearings intended to cull the growth of a private security firm.

What is at first listed as an accident raises suspicion in veteran news reporter Cal McAffrey (Russell Crowe), who has had a long friendship, with Collins. Despite tension in recent years, Collins turns to Cal when it is revealed that he had an affair with his researcher. As Cal looks into the story he is under pressure from his editor (Helen Mirren), to deliver a story to keep the papers new owners happy. If this was not bad enough, Cal is also dogged by an online reporter for the paper named Della (Rachael McAdams), who is looking to make a name for herself at the paper.

Cal soon learns that the assistant was killed in what was made to look like an accident, and that a shooting incident that occurred prior to the death may be related to the murder.

Cal teams up with Della and soon learns that some very big players may be involved and that they will stop at nothing to protect their secret.

In a race against time, Cal and Della must get to the bottom of the mystery and stay alive. Unsure who to trust and which way their leads will follow, Cal and Della look for the answers that unaware that the quest they have undertaken will affect the halls of power as well as the very nation itself.

“State of Play” is a very tight thriller that is filled with twists and turns. The characters are interesting and well developed and the performances are first rate. Crowe is powerful as the determined Cal and works well with Affleck and Adams. Robin Wright Penn and Helen Mirren also give very strong performances.
The story of the film seems ripped from the headlines and has an eerie sense of reality to it, and works much better than “The International” attempted to do with its conspiracy premise.

While I have avoided as many spoilers as I could, suffice it to say that the film does have a deep plot that twists and turns to a rewarding conclusion and will keep your attention. I would hope that the fine work in this film is not forgotten when the Oscars come up next.
Kudos 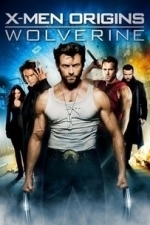 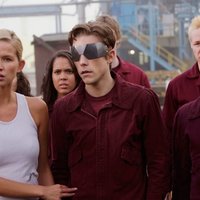 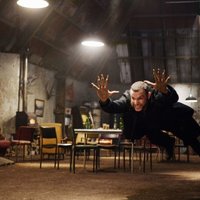 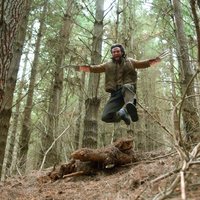 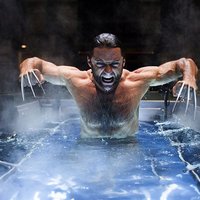 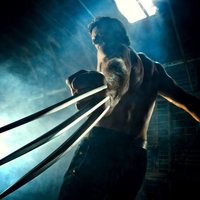 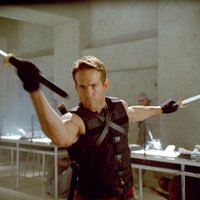 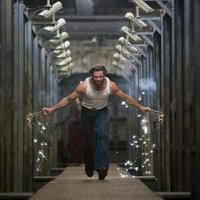 The 2009 summer movie season has arrived with the releases of “X-Men Origins: Wolverine”, which once again stars Hugh Jackman in the role of the razor clawed Wolverine.

The film follows the characters origins in the mid 1800’s and how circumstances forced a young Logan to leave his home and spend the years hiding who he was.

With the only link to his past, a fellow mutant named Victor (Liev Schrieber), Logan and Victor ride out the years side by side taking part in wars ranging from The Civil War to Vietnam all the while trying as best as they can to hide their true nature.

When Victor starts to enjoy killing too much, and Logan tries to intercede, the duo find themselves the subject of unwanted attention in the guise of an officer named William Styker (William Houston), who recruits the duo to be part of a special team.

Victor and Logan find themselves part of a team of special powered operatives which includes the marksman Agent Zero (Daniel Henney), the Blade twirling Deadpool (Ryan Reynolds), The Blob (Kevin Durand), Bolt (Dominic Monaghan), and more. When an operation goes too far, Logan turns his back on the team for a peaceful life as a lumberjack and lives for years in peace with a woman named Kayla (Lynn Collins) very much in love.

Try as Logan may to escape his past, he is unable to when Stryker arrives and tells him that someone is hunting down the former team. Logan ignores the warning and is devastated when Victor is revealed to be behind the killings and strikes a devastating blow to Logan.

With nowhere to go, Logan agrees to Stryker’s plan and undergoes an experiment which infuses his body with the indestructible Adamantium but soon finds himself again on the run when he is betrayed and learns the true nature of Stryker’s plans.

In a race against time, Logan must find the mysterious Island where Stryker has captured several mutants for his experiments and exact his revenge.

The new film was plagued by rumors of issues, which were heightened by reported reshoots and script changes, but thankfully manages to pull together to be an enjoyable summer film. Some may say the film took a bit to get up to the action sequences, but thanks to the great play between Jackman and Schrieber, the film keeps your attention.

There are some solid action sequences in the film and Jackman does not disappoint as we gain insights into the mercurial nature of Wolverine, and how various aspects of his character such as his memory loss came to be.

I would have liked to have seen more action in the film as the main action scenes were a bit to restrained and infrequent for my liking. When I go to a summer movie, I expect to be blown away by the action, and with this one, I had a sense of being underwhelmed by the films action sequences, even the climactic battle.

This is not to say the film is bad, simply that it lacks the needed gear to shift the film into overdrive. I did enjoy Jackman’s performance and it was great seeing the new characters in the film especially Gambit. Fans with sharp eyes will note many characters pop up in cameos and there are some real surprise visits in the film. In the end, “X-Men Origins: Wolverine” is better than the last X-Men film and should prove enough life in the series for future projects.
Kudos