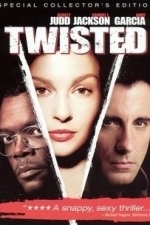 (3 Ratings)
Movie Rating
For newly promoted Homicide Detective Jessica Shepard (Ashley Judd), life is about to take an unexpected twist that will leave the most private aspects of her life on display and her very sanity questioned.

Sheppard has just been promoted to the San Francisco Homicide unit after bringing in suspected serial killer Edmund Cutler (Leland Orser). Sheppard ignored protocol and almost became a victim herself so there are those in the department who resent her promotion and credit it to her gender and the fact that she is sponsored by a high ranking official named John Mills (Samuel L. Jackson) who has raised her since Shepard’s parents were killed years earlier.

Sheppard is soon called in to investigate a body floating in the bay, and is shocked to discover the victim is a man she picked up in a bar previously. When a second body is discovered also with a connection to Shepard, her partner Mike Delmarco (Andy Garcia), thinks that Jessica may have an obsessive stalker following her.

Jessica is soon a suspect in the killings and the fact that she is blacking out at night is causing Jessica to suspect that she may be responsible for the killings.

What should be a tense thriller never emerges as the film plods along never allowing any tension to build. There are attempts to plant a few red-herrings as the film draws to the conclusion but the identity of the killer is so obvious that all that is missing is a neon sign proclaiming the obvious. To further add to the failure of the film, I was able to see events coming far in advance including the events of the final confrontation.

Judd and Garcia do the best they can with the material but Jackson is woefully underused in a story that seems better suited for a movie of the week. It is a shame that an interesting premise such as this is wasted, as “Twisted” is a whodunit that will leave you saying who cares.