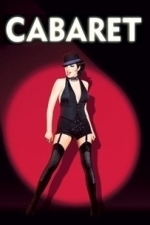 "The story of singer Sally Bowles in the Weimar Republic, which came out late in 1972, into a very dreary Britain. I think of it as a glam-rock document, really: all those fantastic songs, confined to the stage, plus the brilliant makeup, in this frightening city. The notion of “divine decadence” was very intriguing when you were an 18-year-old student from Newcastle, recently arrived in London. It also had an impact on punk – look at Siouxsie Sioux: obviously influenced by Liza Minnelli. My friends and I would listen to the soundtrack in our Tottenham student flat, back-to-back with Lou Reed’s Transformer and Roxy Music’s second album. It had the same impact." 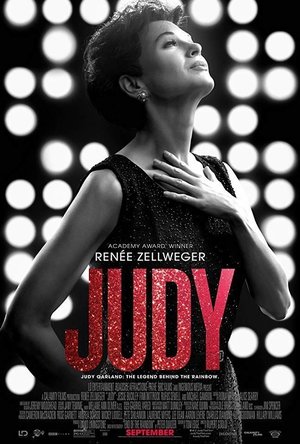 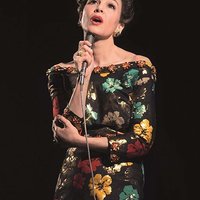 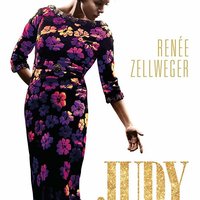 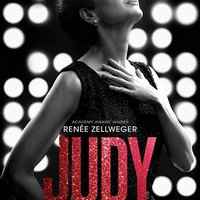 Neither a true biopic nor a musical, a very sad and sombre film worth seeing for a sure-fire nominee for Zellweger for the Oscars.
Decline and Fall (Part 1).
This is an extremely sombre film. I will go as far as saying that it is well-and-truly a “Father Ted” film (see glossary).

The Story.
Young Judy Garland is a starlet in the MGM studio system run by Louis B. Mayer (a villainous Richard Cordery). She doesn’t have a life outside of the movies; is fed diet pills and “pep-pills” that destroy her sleep; and she is starting to get fed up with it all. No wonder then that she grows up to be an alcoholic insomniac with a trail of failed marriages and a temperamental nature.


Thus, through flash-backs to the young Judy (the English Darci Shaw, in her movie debut) we track the older Judy (Renée Zellweger) through the last tragic years of her life. Unable to work, due to a reputation that proceeds her, she is forced to take up the offer from Bernard Delfont (Michael Gambon) of a residency at London’s “Talk of the Town”. This separates her from her older daughter (Liza Minnelli played by Gemma-Leah Devereux) and, crucially, her younger children Lorna (Bella Ramsey) and Joey (Lewin Lloyd). (Their Dad is Sidney Luft (“Victoria’s” Rufus Sewell): hence Lorna being Lorna Luft). This separation increases Judy’s mental decline.

Also in a constant state of stress is Rosalyn Wilder (Jessie Buckley) who has the unenviable job of trying to keep Garland on the straight and narrow to perform every night.

A Towering Performance.
Whatever I think about the film overall (and we’ll come to that), this is 100% the “Renée Zellweger show”. It’s an extraordinary performance, and is pitch perfect, both in terms of capturing Garland’s mannerisms and vocal style. If Zellweger doesn’t get an Oscar nomination for this then I’ll eat my favourite orange baseball hat! I’ll have to review the final short-list, but I would not be remotely surprised if she won for this.

Elsewhere is the cast, Michael Gambon gives a reliable performance as Delfont (his second depiction this year after the turn by Rufus Jones in “Stan and Ollie“!) and the rising star that is Jessie Buckley is also effective as Wilder in a much quieter role than we’re used to seeing her in.

Musical? Or biopic?
Is this a musical? Or a biopic? Or neither? Actually, I would suggest it’s neither. There’s been a curious split in the last year between films like “Bohemian Rhapsody“, which were biopics with music, to “Rocketman” which was very much a musical based around a biopic.

“Judy” can’t be classed as a musical since (and I checked my watch) the first musical number doesn’t come until FORTY MINUTES into the picture. Neither is it a true biopic, focusing only on a few short months of Garland’s extensive career, the ‘young Judy’ scenes being nothing but short flashbacks to set the scene. This probably makes sense, else a true biopic of the wonder that was Judy Garland would have turned into a 4 hour plus epic!

A rough ride, but could I care?
Above all, it’s a depressing watch, like seeing a sick animal in distress. But I never felt the film got to the heart of the matter to really make me CARE enough. The nearest it gets is with a moving portion where Judy makes the evening (if not the lifetime) of some super-fans – Dan (Andy Nyman) and Stan (Daniel Cerqueira). She goes home with them for omelettes and a sing-song: a strong nod towards Garland’s extensive following, even today, among the gay community. The finale, where the couple try to salvage an on-stage psychiatric session by Judy is touching but, for me, not tear-inducing.

The screenplay is by Tom Edge, from the stage play by Peter Quilter. The director is relative movie-newcomer Rupert Goold.

I liked this movie, but did I like it enough to rush and see it again? No, not really. Worth seeing though to appreciate the odds-on favourite (surely!) for the Best Actress Oscar of this year.