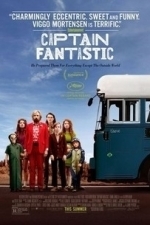 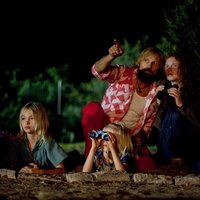 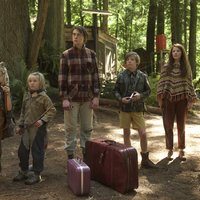 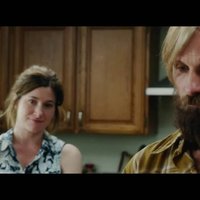 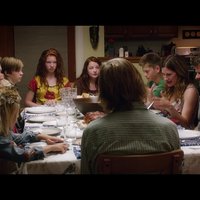 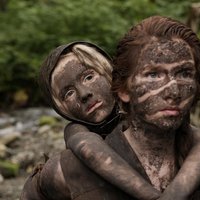 Written and directed by Matt Ross, “Captain Fantastic” is perhaps the most beautiful film put out in many years. It tells the story of a family living in the wilderness of the Pacific Northwest, surviving off of the land.

Viggo Mortensen plays Ben, a father who raises his children away from society, training them to be hunters and philosophers. The first scene is of an epic chase of a deer in the forest. In a manner that can only be equated to tribal tradition, the children stalk the animal while covered in black mud. When the eldest son takes down the deer, he is fed its heart and pronounced a man. Although, the film is not filled with scenes aimed at shock value. It has far too much depth to be described in that way.

When tragedy strikes, the family is forced to go into the city and face the rest of the world. Ben and his children stop at a diner in a small town, and everything is bizarre to the kids. They had never heard of soda, and they don’t understand why everyone is so overweight around them.

Quickly though, it becomes clear to them that they are the “strange” ones. When they visit their relatives, Ben is confronted with disdain and concern for how he chooses to raise his children. Everyone is panicked that he is not providing them with an adequate upbringing, while he feels it is the only acceptable path.

Together, they go on a journey that invokes the beauty, wildness, and sadness of being human.

“Captain Fantastic” takes audiences through the spectrum of human emotion, and truly makes one think about what it means to live in society today so far disconnected from our animal roots.

Each character delivers a raw and authentic performance. At moments Ben seems like a lunatic; at other times he seems like he is actually the sanest person on the planet.

The film is beautifully shot in some amazing parts of Washington, inciting nostalgia for Seattleites.

The music is subtle and helps to make the film a riveting experience.

Not just a movie, but a true masterpiece. Though it seems like a massive understatement, I give “Captain Fantastic” 5 out of 5 stars.

Dysfunctionally functional.
The second of my catch-up films for next Sunday’s Oscars, this time featuring Viggo Mortensen who is up for a Best Actor Oscar.
“Captain Fantastic” starts with a dramatic hunting expedition introducing us to the unusual Cash family. Dad Ben (Viggo Mortensen) is bringing up his six kids – Bodevan, Kielyr, Vespyr, Rellian, Zaja and Nai – in the wilds of Washington state. Ben takes home-schooling to a completely new level, with intense study and examinations in quantum physics, philosophy and politics matched with a militaristic approach to weapons-training and physical fitness. Ben also teaches extreme self-sufficiency, most evident during a dramatic rock-climbing sequence.

Where is their mum in all of this? That would be a spoiler (so don’t watch the trailer either) but is central to the plot as the family board their old camper van – “Steve” – on a road trip back to the ‘real world’ and the children’s grandparents – the crusty and assertive Jack (a marvellous Frank Langella) and Abigail (Ann Dowd). What follows is filled with black humour, tragedy, not just one but two amazing funeral services and one of the most extraordinarily black and comic laying-to-rests ever seen on the big screen.

Viggo Mortensen is… well… fantastic in his portrayal, getting to run the full gamut of joy, grief, self-doubt, guilt and despair during the movie’s run-time. He’s clearly not going to win the Oscar on Sunday – surely Casey Affleck must be a slam-dunk for that – but this is a well-judged nomination by the Academy.

While the focus is on Mortensen, this shouldn’t overshadow the performances of some of the rest of the young cast, and I would specifically call out those of George MacKay and young Shree Crooks as the youngest of the kids. MacKay has been building up an impressive run of UK-based films with “Sunshine on Leith” and “Pride” but with this (and his key role in the recent TV mini-series “11.22.63”) he should see a break-through to more mainstream feature roles. In “Captain Fantastic” his socially-inept proposal to the delectable Claire (Erin Moriaty) is one of the high-points of the film. He is a name to watch, for sure.

And young Ms Crooks should be given a special honorary Oscar for the ability to learn such dense portions of script and deliver them so faultlessly!

The whole cast in fact was nominated for the Screen Actors Guild Award for Outstanding Performance by a Cast in a Motion Picture – one of my favourite award categories, but beaten by “Hidden Figures”. And it is that sort of film: a really great ensemble effort.
The film is written and directed by Matt Ross, only his second feature since 2012’s “28 Hotel Rooms” (which I was not aware of, but would now like to seek out). I thought it was terrific; deeply comedic; riveting from beginning to end; a roller-coaster of emotion and ultimately a feelgood classic on the value of family that I will remember fondly for a long time. Once again, the second film this week, that would have made me reconsider my “top films of 2016” list. I strongly recommend that you seek this out on download or DVD and give it a try.
Kudos