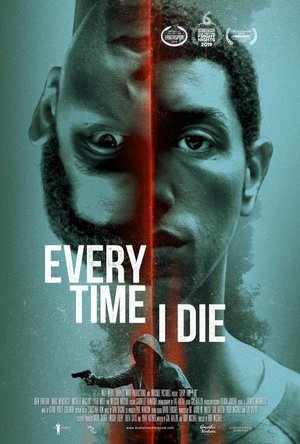 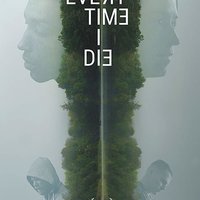 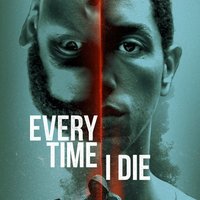 Not to be confused with No Time To Die, this indie supernatural thriller is lacking in big-budget polish and characters that you feel invested in, but manages to get by on an interesting concept and some sharp execution.

We begin with Sam (Drew Fonteiro), seeing what he sees as he gently blinks open his eyes to reveal Mia (Melissa Macedo) alongside him in bed. Sam has had a nightmare, and as he heads into the bathroom, he begins to experience an uncomfortable buzzing in his head, which leads to a blackout. When Sam comes around again, he’s crouched on the floor at work, with no memory as to how he arrived there. He’s wearing a paramedic uniform and holding a photo of two children, a brother and sister. On the back of the photo is written ‘remember Sara’.

Sam’s work colleague and friend, Jay (Marc Menchaca) invites Sam to join him and his wife Poppy (Michelle Macedo) at a lodge for the weekend. Poppy is the twin sister of Mia, who we saw in bed with Sam earlier and both Mia and her husband Tyler are also at the lodge. Tyler is a soldier, suffering from PTSD, and it’s clear that Sam and Mia have been having an affair behind his back, which now puts Sam in a bit of an awkward situation.

By this point, we’ve already witnessed Sam experiencing several more blackouts, including one while driving to the lodge. Each time, Sam has no recollection of what happened during the blackout, although a video recorded during one of the blackouts by his friends, shows that he does remain conscious and able to hold a conversation. Occasionally we get flashbacks and dream sequences which reveal that the brother and sister from the photo earlier are in fact Sam and his sister Sara, who drowned in a terrible accident when they were both children.

The first half of Every Time I Die is a slow, frustrating experience, not helped by the fact that the character of Sam is incredibly dull. Consequently, we feel no emotional connection to Sam, despite the childhood trauma he suffered and the turmoil he now experiences as an adult. Thankfully, the second half picks up when a jealous Tyler discovers that his wife has been cheating on him with Sam and murders Sam out by a lake in the forest. Thanks to the first-person perspective that was utilised earlier, we discover that Sam then transferred into the body of friend Jay, and must now try and convince his friends what Tyler has done. Not an easy task when Jay has a history of mental illness, leading the others to believe he’s had a relapse.

From there, Every Time I Die is just a roller coaster ride of clever ideas and twists, constantly dragged down by further flashbacks and confusing dream sequences, which are meant to help us and Sam understand what happened to him and his sister, but repeatedly stall the narrative momentum instead.

That being said, for the most part, I really enjoyed Every Time I Die. Aside from the slow first half, and the character of Sam, it’s well written, well crafted and with a satisfying, heart-warming finale.