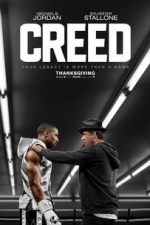 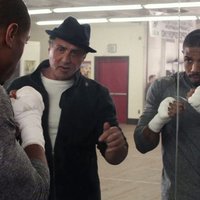 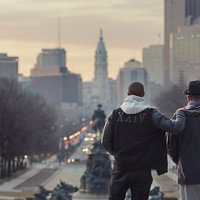 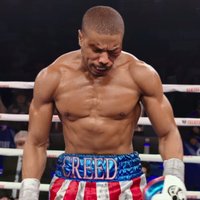 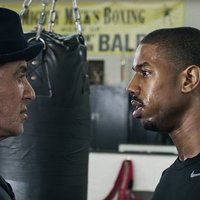 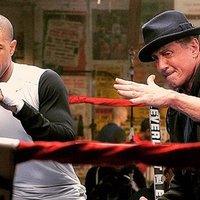 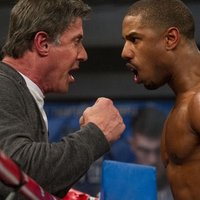 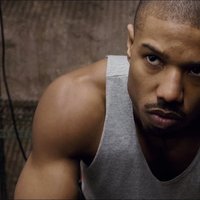 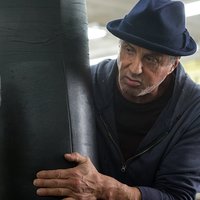 About More Than Just Punching...but the Punching is Good Too
Adonis Creed (Michael B. Jordan), son of former heavyweight champion Apollo Creed, looks to follow in his father’s footsteps and become a legend in his own right.

Acting: 10
The wheels of Creed don’t turn without a stellar performance from star Michael B. Jordan as Adonis. I love what he does with the character, moving with a humble grit and intensity that lets you know that this won’t just be another Rocky character. Tessa Thompson matches his sincerity with realness playing the role of Bianca, love interest of Adonis. She is sensational as Bianca with a smile that can light up a room and the chill attitude of an average person you might meet on the street. Of course Sylvester Stallone does what he does best playing the role that he was born to play in Rocky Balboa. He’s a little older and a little wiser, yet, at his core, Stallone captures the essence of the character we have grown to love over the last forty years.

Conflict: 10
The conflict comes not just from the boxing matches, but in the knowing of Adonis trying to rise through the ranks. You see where he is at and rooting for where he ends up. The opponents he faces off against are more seasoned making it fun to watch Adonis’ progression as he continues to improve from the young punk that got knocked on his ass in the gym at the beginning of the movie. Watching the final matchup got me just as excited as when I watched Rocky take on the Russian.

Genre: 9
Almost as classic as the originals, Cinderella Man, or Raging Bull…but not quite. Those were movies that established the genre while this one transformed it. One of the absolute best in the realm of boxing.

Memorability: 10
The memorability comes in the journey. Despite being the son of a hall of fame boxer, Adonis doesn’t grow up with a silver spoon in his mouth. He has to really grind to get to a place of prominence and you get to be a part of that every single step of the way. Adonis has a dream that he can’t run from. From the first time you see him hit the mat to the thrilling conclusion, the movie is packed with memorable moments and a strong message about fighting for your dreams.

Pace: 10
The movie has enough in-the-ring action and training to keep the audience engaged. In between all of that awesomeness, it’s a treat watching the romance develop Adonis and Bianca as well. Creed never lingers too long in the “soft” spots. Before you know it the gloves are back on and we’re watching another showdown.

Plot: 10
Adonis has a dream that he can’t run from and the story doesn’t let him off the hook. I appreciated the unique spin on the “Father’s Foosteps” story. It’s not what you expect and it gives you yet another reason to root for Adonis. The story doesn’t have a ton of moving parts, but it does a fantastic job of doing a lot with a little.

Overall: 95
One of my favorite scenes in Creed is the first date between Adonis and Bianca. You hear about hopes and dreams and the obstacles that stand in the way. Watching these strar-crossed lovers succeed together drives the movie deeper than boxing. I hope this series continues to pack a punch for years to come.