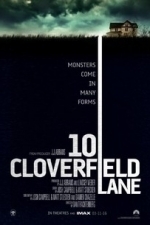 (65 Ratings)
Movie Rating Watch
Somewhat misleading but thrilling nonetheless
It’s best to start off this review as honest as possible. If you’re expecting a fully-fledged sequel or even a prequel to Matt Reeves’ brilliant monster horror, Cloverfield in 10 Cloverfield Lane, you’ll be very disappointed.

But, if you’re expecting a superbly written, well-acted and claustrophobic thriller, then this is definitely the film for you. Dan Trachtenberg, who makes his directorial debut with this feature, has crafted a taut film that has no real connection with the 2008 hit. So is it as good?

10 Cloverfield Lane follows Michelle (Mary Elizabeth Winstead) as she embarks on a new chapter in her life after a break-up. Unfortunately, a car crash leaves her seriously injured and unconscious. After waking up in an underground bunker, she meets her saviour in Howard (John Goodman), and as the story progresses, Michelle and fellow resident Emmett, try to make a bid for freedom.

The performances by the cast of three are terrific with Winstead coming on leaps and bounds since her role in Final Destination 3 and John Goodman is absolutely incredible. Cloverfield utilised its monster very well, but Goodman is more than a match with a simple shaking of his fists – his booming voice and burly frame mean he was a perfect casting choice and a human as psychotic as Howard is infinitely more terrifying to me than any monster.

It’s all very Hitchcockian, claustrophobic and exceptionally tense. Director Dan Trachtenberg has a real eye for the smaller details and the underground bunker setting is the perfect location to craft this kind of film. The use of jagged camera angles and low shots help aid the enclosed feeling and you can’t help but become panicked with Michelle, as she desperately tries to figure out a way to freedom.

After the bloated mess of London Has Fallen and the overlong Allegiant, it’s nice to see a film that doesn’t dwell more than it needs to. At 103 minutes, 10 Cloverfield Lane is relatively short and all the better for it. Despite only having three characters and being confined to a few small rooms for the majority of the running time, it never drags or becomes dull.

Unfortunately, the final third unravels a little of this good work, coming across like the ending to a completely different film; but Trachtenberg’s ideas and reasoning behind the finale are clear throughout, despite the lack of connection to the two acts that preceded it.

Overall, 10 Cloverfield Lane is a smart and well-thought out thriller that is related to Cloverfield in name only. That’s no bad thing, as the film we are left with is one of the best directorial debuts in years, even though its muddled ending leaves somewhat of a sour taste. 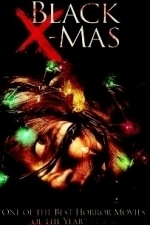 (8 Ratings)
Movie Rating
False Advertisement
The trailer lied to me and you the auidences. The trailer showed many sences that were not in the movie, nor in the bonus features. So why then even have those sences to beginning with? Well the production company and the distributed wanted to say "hey, you know what? Lets shoot some sences throw them into the trailer but not have them in movie. Lets hype the movie by having sences not even in the movie. So when you see the trailer and than watch the movie. We will be lying to the auidence, but in the end get alot of money for false advertisement".

Also According to Glen Morgan, he and Wong had numerous disputes with Dimension executives Bob and Harvey Weinstein regarding the tone of the script as well as the film's conclusion, which resulted in numerous re-writes and re-shoots. Re-shoots that one of the cast memebers didnt know about and got mad.

The plot: The holiday season turns deadly for a group of sorority sisters (Katie Cassidy, Mary Elizabeth Winstead, Lacey Chabert, Michelle Trachtenberg) who are stranded at their campus house during a snowstorm. These coeds better watch out, for a vicious killer is on the loose, and he will not care if they are naughty or nice.

Katie Cassidy and Mary Elizbeth Winstead wasted in this movie.

(65 Ratings)
Movie Rating Watch
Contains spoilers, click to show
Story: 10 Cloverfield Lane starts as we see Michelle (Winstead) walking away from her married life with Ben only to find herself in a car accident. Upon waking up she finds her chained up in a bed as she desperately looks for a way out. Michelle’s capturer is Howard (Goodman) who claims to have saved her from an attack on America. Michelle isn’t the only other person in the bunker with Emmett (Gallagher Jr) also there.

Howard has been preparing this bunker for years and has everything needed to survive in luxury with electricity and plumbing. The three have to learn to live with each other as the paranoia about what has really happened keeps rising.

10 Cloverfield Lane is a very clever thriller that creates the paranoia of what could be going happening through nearly the whole film. We are sat wondering what is happening outside the bunker and what will happen inside the bunker. The downside from where I am sat was knowing it was a sequel, if this was just about the bunker and the final twist was that it was in the Cloverfield universe we would have found ourselves fully on Michelle’s side but as we know it is all real we kind of side with the paranoia filled Howard. This is good and tense throughout but the title alone takes away something truly special about the film.

John Goodman: Howard is the man who has built the bunker, he has let both Michelle and Emmett stay in his bunker as he believes America would come under attack from something. He is ex-navy and very paranoid, we are left wondering whether h is crazy or not though. John is great in this role where we see him using the talent he has.howard

Mary Elizabeth Winstead: Michelle is a young woman who is wondering about her life before finding herself being in a car crash. She wakes up in the bunker where she has to learn to live with Howard and Emmett. She is never comfortable there always trying to find a way out. Mary is great in this strong female role.michelle

John Gallagher Jr: Emmett was hired to help build the bunker and found himself inside when the attacks happened. He tries to be nice to Michele which only pushes Howard into his paranoia. John is good in this role if only the supporting of the three.

Support Cast: 10 Cloverfield Lane doesn’t have many other characters with most just being in one scene.

Director Review: Dan Trachtenberg – Dan gives us a thriller that really does keep up guessing what is real.

Horror: 10 Cloverfield Lane gives us the idea where we just don’t know what is going on showing the paranoia driving the horror.

Mystery: 10 Cloverfield Lane keeps us guessing from start to finish.

Sci-Fi: 10 Cloverfield Lane enters into a world which could have a post-apocalyptic world but never really understand.

Thriller: 10 Cloverfield Lane keeps us on edge for the whole film where we are left to wonder where the film will go.

Suggestion: 10 Cloverfield Lane is one for fans of the original to enjoy but just remember this is only in the same universe rather than a sequel. (Watch)

Chances of Tears: No

Chances of Sequel: We could have.

Tagline: Something is coming

Trivia: Howard states that he worked on satellites for the military. Michelle sees an envelope in the bunker from a company called Bold Futura. Bold Futura is the company responsible for the satellite that is seen crashing into the ocean in the ending of Cloverfield (2008) which is what is believed to be responsible for disturbing the creature.

Overall: Great concept we don’t see in sequels with this only being in the same universe only.