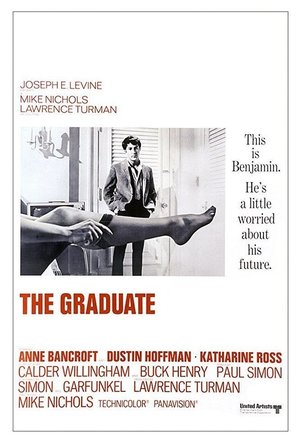 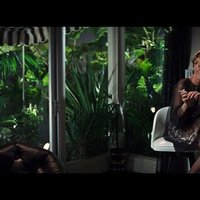 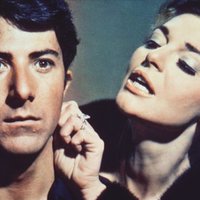 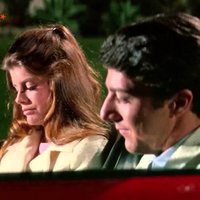 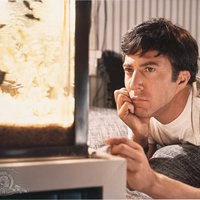 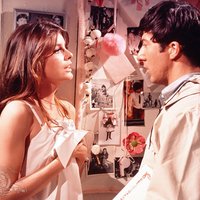 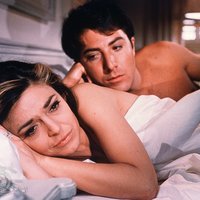 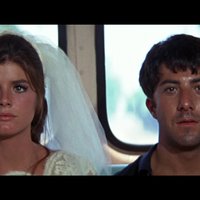 Career Defining Turn by Bancroft
On the surface, THE GRADUATE is a story of a young college graduate who has an affair with an older woman. But look beneath the surface and this film becomes much, much more.

Directed by Mike Nichols, THE GRADUATE tells the tale of Benjamin Braddock a recent College Graduate who returns home to figure out what to do with his life. He enters the film in a malaise and is paralyzed into inaction by no clear direction to his life. Taking advantage of this young man's vulnerability, family friend, Mrs. Robinson, seduces Benjamin but Benjamin realizes that he is in love with Mrs. Robinson's daughter, Elaine.

Sounds pretty straight forward, right? But under the smart, understated Direction of Mike Nichols (who won an Oscar for his work), this film becomes much, much more - subverting the notion of love and lust while driving a narrative that shines a light on the generational gap between parents and adult children in a time of great change in America - oh...and doing it in a subtly comedic way (the screenplay was wonderfully written by the great Buck Henry who makes a cameo in this film as a Hotel clerk).

Nichols, smartly, casts then relative unknown Dustin Hoffman as Benjamin because he was able to play the comedy of the awkwardness of the character (especially early on in the seduction/sex scenes with Mrs. Robinson) as well as showing emotion in emotionlessness. His Benjamin is empty - but not lacking of personality or interest - a tough tightrope to walk, but Hoffman plays it well and earned an Academy Award nomination for his work. His character does become...if I'm being honest...less interesting and more "stalker-ish" (certainly from a 21st Century perspective) as he pursues Elaine in the 2nd half of the film, so this diminishes this performance just a bit.

Also earning an Academy Award nomination is Anne Bancroft who dons a career-defining role as Mrs. Robinson. She was having trouble with the part until Director Nichols reminded her that Mrs. Robinson is seducing Benjamin not out of love or lust, but out of anger at the direction her life has drifted. We find out that Mrs. Robinson was an Art Major in College but gave up anything resembling a career when she got pregnant shortly before marrying Mr. Robinson. You can see the seething anger and resentment in the way Bancroft performs this character, with just a tinge of regret. This is a woman trying to take some control over her life - by controlling her relationship with Benjamin. And, when Benjamin decides it is time to take control of his own life, she resents it and digs her claws in deeper. It is a tour-de-force performance, one of the all-time great female performances in film.

The third side to this triangle is Elaine Robinson and as written - and portrayed by Katherine Ross - this is the most problematic of the characters. Elaine appears to be a well adjusted young woman finishing off her college career and is forced into a "date" with Benjamin at the insistence of Benjamin's parents and Elaine's father (Elaine's mother - Mrs. Robinson - is, understandably, silent on this). There is a good scene in the middle of the film where Benjamin and Elaine make a connection (which spurs Benjamin into his obsession with Elaine) but I couldn't really see what was in it for Elaine. Sure, there is the "break away from the carefully crafted life that my parents have set up for me" angle (and, surely, her desire to NOT marry the pre-Med student that she is engaged to lines right up with that) but I just didn't understand/buy her infatuation with Benjamin. Despite this, Ross earned the 3rd acting Nomination from this film.

Credit all 3 of these performances to Director Nichols who finds the right balance in every scene along with an interesting visual style that punctuates the loneliness and isolation that Benjamin is feeling. Add to that the haunting songs/sounds of the Simon and Garfunkel soundtrack - just about the only music in this film - and you have a funny, haunting and important film that is an interesting look at a time in America (the late '60's) where great change was happening and the "Generation Gap" was never more noticeable.

One last note - I LOVED the closing shot of this film. Nichols let the camera roll just a little longer than the actors expected and the look on their faces change, subtly, from surety of their decision and direction to a more "unsure" look. It is a perfect, ambiguous, way to end and I applaud Nichols for making this strong choice.

Come for the seduction, stay for the subtle humor and to watch a Director at the top of his game.