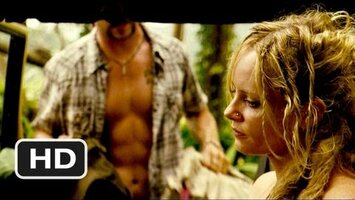 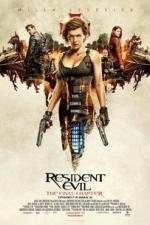 (25 Ratings)
Movie Rating Watch
Milla jovovich (2 more)
Zombies
Iain Glenn
Liked these movies always wanted to know what was gonna happen to alice next and this movie kinda brings closure to the series Milla jovovich plays alice one last time. Not the best resident evil and not the worst the movie suffers too much from trying to end to many storylines butthats my only issue with the movie zombie effects are great as usual if this is the last movie ito sure went out with a bang
Kudos 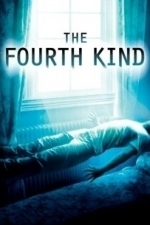 "Milla Jovovich is in it. It’s another one of those ones that’s based on a true story, like The Mothman Prophecies. They use a lot of found footage in it — well not found footage, but like cop car cameras and things like that. This is one of those movies that, you know, it will make the hair stand up on the back of your neck. It’s horrifying." 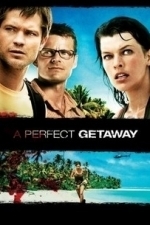 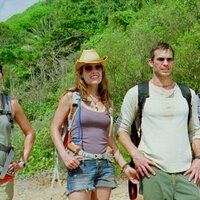 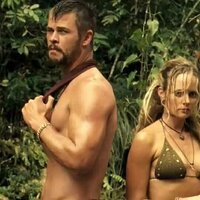 I adore this movie and will watch it any time I happen to come across it. The Hawaiian setting is absolutely gorgeous, and the cast is terrific. Timothy Olyphant (who I will watch in anything), Steve Zahn, Milla Jovovich, Kiele Sanchez (AMAZING here). Excellent performances from Chris Hemsworth and Marley Shelton as well ("You should have given us a ride, man.")

A great thriller with a fun, twisty plot. I definitely didn't figure out who the killers were in my first viewing. Subsequent viewings are even more fun once you know the ending, as you can pick out things you may have missed the first time around.

He was so good in Deadwood, Justified, Hitman, Live Free or Die Hard, Scream 2, Dreamcatcher, The Crazies and Santa Clarita Diet just to name a few.

Others like gone in 60 seconds, once upon a time in hollywood, a man apart, the girl next door and Go!
Kudos

@Matthew Krueger YES! All excellent. Santa Clarita Diet was such a smart, funny show, and he was great in it. Justified, too, plus Walton Goggins! They were amazing together. I haven't seen Once Upon a Time in Hollywood yet but I can't wait. Also, every time I see him I remember that he was in an episode of Sex and the City playing a 20-something guy with a tongue piercing who dates 30-something Carrie. 😏
Kudos


I adore this movie and will watch it any time I happen to come across it. The Hawaiian setting is absolutely gorgeous, and the cast is terrific. Timothy Olyphant (who I will watch in anything), Steve Zahn, Milla Jovovich, Kiele Sanchez (AMAZING here). Excellent performances from Chris Hemsworth and Marley Shelton as well ("You should have given us a ride, man.")

A great thriller with a fun, twisty plot. I definitely didn't figure out who the killers were in my first viewing. Subsequent viewings are even more fun once you know the ending, as you can pick out things you may have missed the first time around.
Kudos 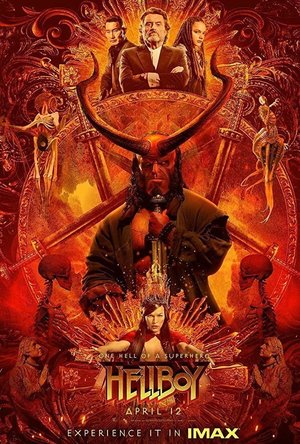 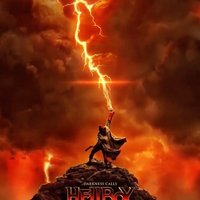 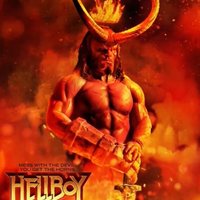 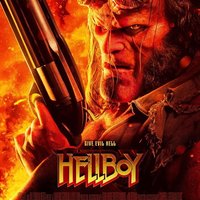 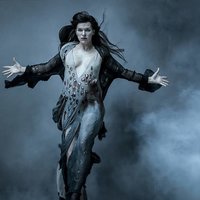 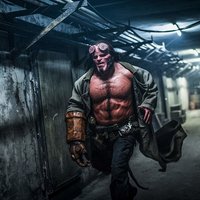 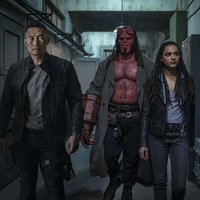 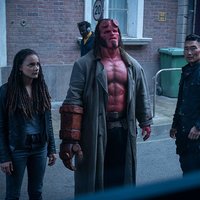 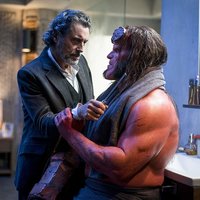 Hmmm … roughly 15 years after the Guillermo del Torro directed 'Hellboy' and 11 years after 'Hellboy 2: The Golden Army' (both starring Ron Perlman as Big Red), we have - essentially - a reboot of sorts, this time with David Harbour (whoever he is. From Stranger Things - I've yet to watch that - apparently) taking on the lead role, with support from Ian McShane and - this time - with Milla Jovovich taking on the role of the 'big bad' Nimue.

Yes, that Nimue, from Arthurian folklore.

Which should tell you pretty much all you need to know: a mish-mash hodge-podge of sorts, with some leaden dialogue and a migraine-inducing thumping soundtrack, that borrows more liberally from the source comic than I remember the previous films doing, while also being a fair bit bloodier!
Kudos 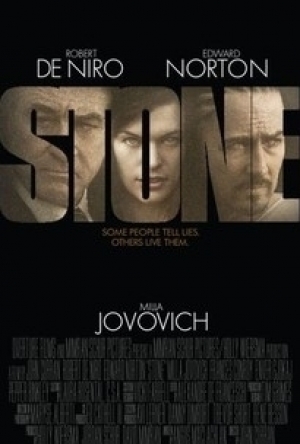 (4 Ratings)
Movie Rating
Old Movie Revisted: Stone. A movie I passed on a few times, because I thought, hmmm, a movie with Robert DeNiro, Edward Norton, and Milla Jovovich, that I never heard of, it must be crap. Because that's snart. But anyways, turns out it was a pretty awesome flick. So, we got Jack (DeNiro), he listens to church radio, goes to church on sundays, talk to his pastor with personal issues, cheats on his wife, drinks heavily, and one time threatened to throw his own child out the second story window if his wife left him, in other words, a normal christian. Well he is a parole officer nearing retirement when he meets Stone (Norton) who is a convicted arsonist and approaching his eligible for parole date and ya gotta talk to Jack before you can go home. And really all Jack wants to hear is that, yes, you are responsible for your actions, blah blah blah. Does he??? Well he says he can hear god talking to him through sound, of course he mentions this after he mentions that he hasnt slept in quite some time and may be going crazy, or it could be god, Jack ain't having it. But then he starts getting calls from Stones' wife Lucetta (Jovovich) saying please let hubby out, he's changed his ways, and she misses him... She lets Jack know just how much she misses him all right. Will she use poor ol Jack to get Stone out of jail, or is it all just bullshit? I dug it. I felt they were all good at the characters they played which seemed different for each of them... Well has Milla done anything but fight Disney...err the Umbrella Corporation for the past 2 decades lolz. Filmbufftim on FB
Kudos 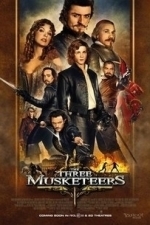 (7 Ratings)
Movie Rating
Dumb and Dumas
Paul W.S. Anderson, the man behind the Resident Evil and Alien Vs Predator franchises, shows us what real creativity looks like as he gives us his take on a piece of classic literature, adding all those crucial things that Alexandre Dumas inexplicably forgot to include in the original version of The Three Musketeers: aqualungs, flamethrowers, airship battles, Orlando Bloom in a pompadour hairstyle, and Milla Jovovich doing somersaults in a basque.

Pretty much wholly ghastly from start to finish, almost to the point where banning Anderson from reading books seems like a reasonable precaution, just to be on the safe side. About as thrilling as watching your laptop install an update, with all the comic charm of an outbreak of venereal disease. The special effects are technically competent but that really is the best you can say about it.
Kudos 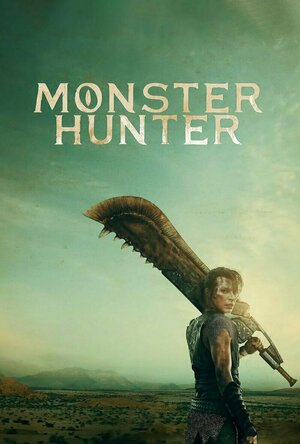 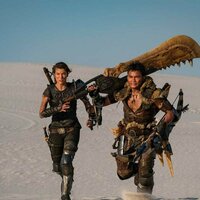 Elements of the Game (0 more)
Dialogue and the Soundtrack (0 more)
Contains spoilers, click to show
I am a big fan of the Monster Hunter games, That is a consistently good game series. This movie was good in the sense that it stayed true to a lot of elements in the game, but disappoints in story mode. Instead of this being a straight fantasy movie that takes place in the game world, they made it a dimensional crossover into the Monster Hunter world. Jovovich and her team of Army Rangers are looking for a lost team that got pulled into the other world by a storm. They all except her meet their end due to the creatures of that world. The dialogue between Jaa and Jovovich in the movie was tiresome. In the sense he didn't talk English and they were communicating through single words and gestures. It was not until you meet Pearlman's character until you get more good dialogue. The fight scenes and the action was very good. Milla is a badass as always. The ending was set up for sequel. The only thing that I think needs to be done is to get another director and someone else to do the Soundtrack for this franchise. I thought the music was terrible. If you love playing Monster Hunter...then give this movie a chance.
Kudos

Where to begin with this - even though it was silly and impractical, the previous film in the series ends on a cliffhanger (?), setting up a big ass battle between an army of undead, and a line up of heroes mainly made up of characters from the games (stood on top of the white house of course because Paul W.S. Anderson). This film opens in the aftermath, meaning that we don't even see the ensuing battle, but all these characters are un-ceremoniously killed off screen between movies. Alice is alive though....yaaay.

You know what comes next by now, an opening Milla Jovovich speech about who she is, edgy soldier characters saying edgy shit all the damn time (with added Ruby Rose for a little extra edginess), wire frame blue print segments of whatever facility they're in this time. Anderson mercifully cuts out all the gratuitous slow motion for his final bow, but unfortunately replaces it with seizure inducing quick edits. Like, it's fucking ludicrous how many edits there are whenever a fight starts and it just sucks. It's unexciting and difficult to sit through at times.
Then there's the ret-conning. Jesus Christ, Iain Glen is back for no reason other than the fact he became more of a household name thanks to Game of Thrones, plot be damned. Wesker is a villain again and the Red Queen is now a good guy, the origins of the T-Virus is different, and Milla Jovovich is actually an old woman (complete with Jackass quality aesthetics). These movies stopped making sense a while back but they just went full ham on this one. You know when you're on your last day of work before leaving a job and you just don't really give a fuck about your final shift? Yeah it's that, but a multi million dollar film.

I'm extremely happy that Resident Evil is finally being rebooted, into hopefully something that resembles the source material a bit more, and is actually scary. And good. Maybe. This franchise has given me trust issues.
Kudos