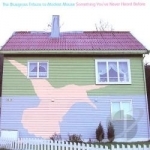 Something You've Never Heard Before: The Bluegrass Tribute to Modest Mouse by Iron Horse Bluegrass 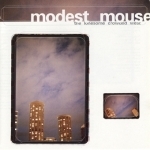 Second album by Modest Mouse. A film documenting its making was released by pitchfork.tv in 2012 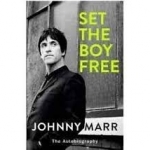 "I saw Johnny Marr live in person, with The Smiths. He was light on his feet; like quicksilver. He... 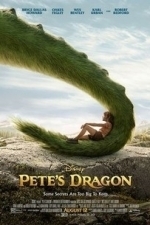 (10 Ratings)
Movie Rating
Lovely in every sense of the word
2016 really does belong to Disney. The House of Mouse has been churning out some incredible films this year with the live-action remake of The Jungle Book proving sceptical audiences (and critics) completely wrong.

The BFG was a pleasant and inoffensive adaptation of Roald Dahl’s wonderful novel and Finding Dory got Pixar back on the right track, and let’s not forget Captain America: Civil War, by far the best superhero film of the year.

Here, Disney continues its trend with recreating its classic cartoons in live-action; resurrecting Pete’s Dragon. But is this remake of the 1977 film of the same name as good as The Jungle Book?

Mr. Meacham (Robert Redford), a woodcarver, delights local children with stories of a mysterious dragon that lives deep in the woods of the Pacific Northwest. His daughter Grace (Bryce Dallas Howard) believes these are just tall tales, until she meets Pete (Oakes Fegley), a 10-year-old orphan who says he lives in the woods with a giant, friendly dragon called Elliot. With help from a young girl named Natalie (Oona Laurence), Grace sets out to investigate if this fantastic claim can be true.

Director David Lowery helms the film with a quiet subtlety that automatically makes Pete’s Dragon a very different adaptation to Jon Favreau’s stomping Jungle Book. Here, the joy is in the storytelling rather than popping on a set of nostalgia glasses and settling in for the journey.

Acting wise, it’s a pretty formulaic affair. Bryce Dallas Howard, in her first major role since last year’s smash hit Jurassic World, is as likeable as ever and like the film itself, commands the screen with an understated presence. Elsewhere, Oakes Fegley gives a cracking portrayal of Pete.

Naturally, the main character throughout is Elliot, the big friendly dragon. This bright green behemoth is rendered in wonderful CGI, with each gust of wind lifting his fur beautifully. Considering the film’s modest $65million budget, Elliot is utterly believable in each and every scene.

The lush forest landscape provides a mesmerising backdrop on which to construct a film and David Lowery takes the audience on sweeping journeys across the tree-tops, brilliantly juxtaposed with confined caves and the woodland floor.

Unfortunately, the deforestation side plot is never truly explored with Karl Urban’s underdeveloped “villain” proving to be a slight undoing in this near perfect remake.

Thankfully though, the themes of family, friendship and never giving up despite the odds are explored to their fullest – these are themes that Disney knows how to do better than any other studio and the emotional heart that brings to Pete’s Dragon ensures teary eyes are inevitable.

Overall, Disney has done it again. Just five months after the phenomenal Jungle Book remake, the studio has got it spot on with Pete’s Dragon. The two films couldn’t be further apart, with this one succeeding in its quiet dignity. It is in every sense of the word – lovely.