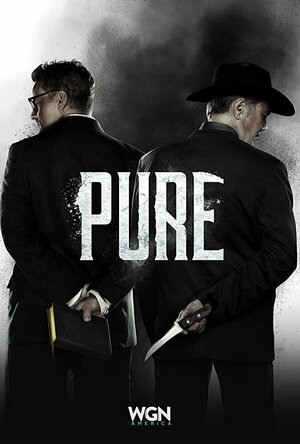 (1 Ratings)
TV Show Rating
Conflict of Conscience & Crisis of Faith
Pure is a crime/drama series created by Michael Amo and directed by Ken Girotti. It is produced by Two East Production and Cineflix and airs on the WGN network. The show stars Ryan Robbins, A.J. Buckley, Peter Outerbridge, and Rosie Perez.


Noah Funk (Ryan Robbins) is a newly-elected Mennonite pastor, who is tired of drug traffickers in his community and is determined to get rid of them. He finds that things are not that simple when after planting drugs in the home of the ring leader, he is forced to become the head of the Mennonite drug trafficking operations, endangering his community, his family and himself.


This show has constantly surprised me with its ups and downs and twists. I'm usually not into these kind of shows but it just really has me hooked especially with this new season. I feel so much for the main character Noah because he is a good person and almost all the people in their community are good people too. And how his actions come to plague him and weigh on him are dreadful. He does everything to protect his family and still they get dragged into things. His wife Ana Funk is also quite a great character and his brother Abel, a recovering drug addict comes into play greatly too. The dialogue isn't always the greatest and sometimes the acting isn't so good from supporting characters but there isn't a show quite like this. I like seeing the character fall from grace and struggle with his conscience and doing the right thing when he's the only one trying to fight the corruption in his community. It really is a great show, I give it an 8 out of 10.