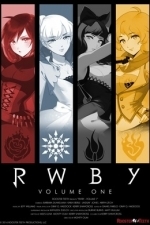 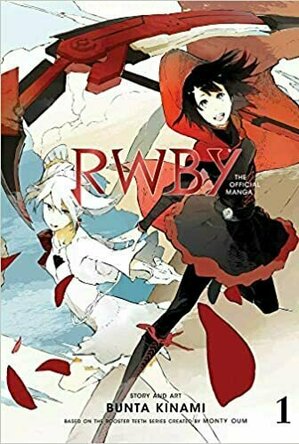 Experience the introductory arc of the international smash hit series RWBY in a whole new... 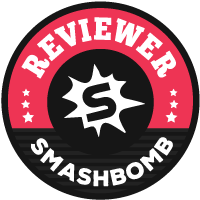 (1 Ratings)
Book Rating
RWBY is packed with action, brimming with gorgeous illustrations, and a fan-favorite must read for those who have seen the anime!
Kudos 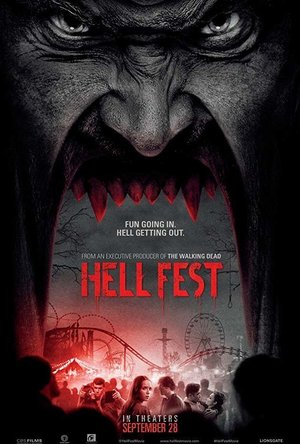 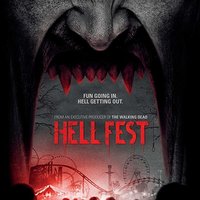 Over the top gore (2 more)
Insane story
Rooster Teeth cast cameos
Give a bunch of gamer enough money to create a horror film...
So the Rooster Teeth team created a horror movie... we know the create some epic entertainment that doesn’t take itself seriously (Red vs. Blue, RWBY). Now give them the means to create the horror movie we’ve all discussed when hanging out... all the ideas in one... then use a festival so it makes sense for so many different horror genres to collide in one movie.
Reminiscent of the B-movies of the 60s-80’s that now hold “Iconic Cult Status” & that’s what you get from this film.

(14 Ratings)
TV Show Rating
Hilarious (6 more)
Adorable characters
Brilliant and ever improving animation
Insanse action sequences
Great voice cast
Brilliant Character developments
Awesome plot
You may find it better if you know the Rooster Teeth Team (0 more)
This show is incredible
RWBY is an anime show created by the Rooster Teeth team famous for their many YouTube channels such as Lets Play, Achievement Hunter, and many more. With a cast starring some of their own team as well as some other voice actors, this show has some great references to a variety of things such as the Grimm monsters, one being called a Nevermore which is a giant bird, clearly a reference to Edgar Allan Poe's The Raven.

The action sequences are insane and so entertaining, and the characters are really adorable and hilarious. Perfectly timed gags, with adorable voices make this an incredible show.

Some viewers may find it easier to watch if you know the Rooster Teeth Team since some of the main cast are voiced by them and represent them in a way such as Yang making bad puns just like her voice actress Barbara Dunkelman, does in a lot of the Rooster Teeth shows.

However, if you are a fan of anime shows, I recommend this show, because it doesn't take long to get through as each of the episodes are a maximum of 10-20 minutes long each depending on the season and the importance of the events. Some can be as short at 2-3 minutes, whilst other, more important event based episodes, can be between 15-20 minutes. So it's easy to binge watch and enjoy it to the fullest as quick as you can. This means that whilst some shows struggle to keep you hooked, this show will quickly get through the lesser entertaining areas (of which there are very few in this, if any) and get you back to the fun and action.

(1 Ratings)
Book Rating
Review going live on the blog at midnight EST because UBB doesn't want to get along with block editor.

<b><i>The author/publisher provided a free copy of the book for review purposes - thank you! Receiving a review copy does not guarantee a positive review and therefore do not affect the opinion or content of the review.</i></b>

I love heists in books. We've got a group of people (each who are talented AF), something goes wrong (oop--) and then they're scrambling to fix things. Sometimes there's a character or two (or more) pining for another character and we just want to smush/protect them.

And it's definitely the case with <em>Spellhacker</em> by M.K. England, which follows Diz and her friends (Ania, Jaesin and Remi) as they take on one last job that ends up backfiring horribly in their faces. It's never happened in the two years they've been running their side business. There's magic (known as maz) and seriously cool technology involved, and that's usually a good recipe for me to enjoy the book. <s>Provided that something explodes, of course, but don't tell anyone.</s>

Which I did... for the most part. <em>Spellhacker</em> is a bit difficult for me to rate since a couple of issues throughout ruined some of my enjoyment.

<h3><strong>The magic system</strong></h3>
I probably wouldn't have noticed it if Kal from Reader Voracious never mentioned it, but the moment she asked, I kept noticing... and not just the name. I keep thinking formaz is pronounced like "form ass." (Maybe that's just my sense of humor trying to get through the parts of the book I struggled with.)

But what I got really confused about were the differences between techwitch and spellweaver (kind of got an idea, still confused) and just how it worked... which I kept thinking of <a href="https://rwby.fandom.com/wiki/Dust">how dust works in RWBY</a>. It's most likely a very inaccurate depiction, though.

<h3><strong>The miscommunication</strong></h3>
I noticed this faintly at the beginning few chapters and didn't let it bother me <em>too</em> much. In fact, it pretty much slipped my mind until Kal brought it up. At times, it did get pretty damn irritating and I just wanted to shove Diz in front of a certain character like the many chances she had throughout the book. <em>And there are a lot of chances</em>.

<h2>Two <strong>Things I definitely didn't have an issue in <em>Spellhacker</em>:</strong></h2>
Or maybe just minor issues and they turned out to be good things in the end (after I thought about it).

<h3><strong>Diz's narration</strong></h3>
Diz is one of those characters I found absolutely annoying at first but slowly grew on me over the book. She's bitter and salty and full of sass; she's pretty much 95% angst teenager who wants things to go her way. She also sucks at communication big time; every time she <em>wants</em> to say something, she chooses not to. Even if she's called out by her friends, it takes a while before she actually comes out with it.