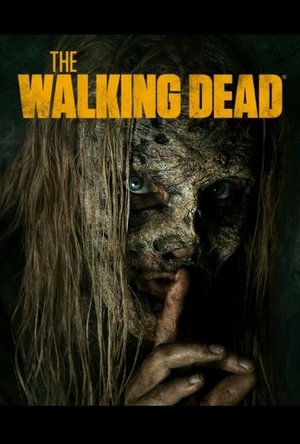 (6 Ratings)
TV Season Rating Watch
Clawing its way back
Contains spoilers, click to show
After a hugely underwhelming couple of seasons, it's nice to see TWD back on a stronger path, with a new showrunner, and new time setting (more on that in a minute).

After All Out War came to a climax at the end of season 8, Rick and co. are now looking towards building a new life. Truly bringing the communities together, including those who remain if The Saviours. It's a fair slow burn start, but the tension between the various camps and those still loyal to Negan is enough to keep things interesting enough.
And then of course, along came Rick Grimes' last episode. Andrew Lincoln has been a massive part of TWD from day one, so his departure is a big deal. The episode itself is pretty powerful, sharing some genuinely emotional moments with visions of characters that are long gone - the then recent passing of actor Scott Wilson (Hershel) was particularly moving - and it concluded Ricks involvement with TWD nicely, whilst leaving the doors wide open for the upcoming movies.
By the episodes end, were thrown a time jump of 7 years, and this is where the bulk of the season unfolds.

The time jump feels like a fresh start, were spared the mourning of Rick's apparent death, and we get to see the communities some time down the line. Characters like Michonne, Carol, Judith, Negan - all feel familiar yet so different. It's an interesting oath to take, but one I think benefited the show as a whole.
The mid-season finale is genuinely thrilling, as we're introduced to The Whisperers, the best villains since The Governor.
Their involvement has injected a genuine feeling of horror back into TWD, that has been missing for a few years.
They're lead by the unhinged, and ruthless Alpha (a fantastic Samantha Morton), and just like that, TWD feels tense once again.
A few new characters (Magna etc) are introduced, and I honestly hated all of them at first, but they grew in me by the end. Same goes for Henry and some of the other teenagers - the first generation to have been born and raised during the zombie apocalypse, another interesting direction.

The season ends with an infamous plot beat from the comic series, and I was left excited for the future of TWD for the first time in a while.
With the show coming to an apparent close in the next few years, I'm hoping that this is the start of a strong conclusion. It's certainly a step in the right direction!