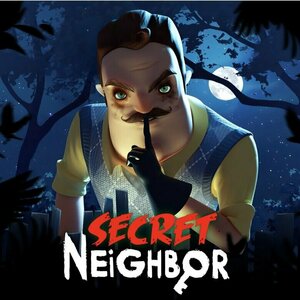 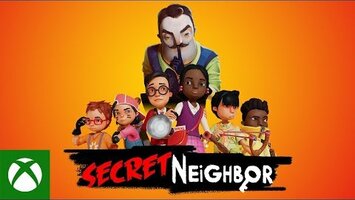 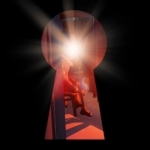 This is a Horror Game about sneaking out of your room and exploring your house and other houses. ... 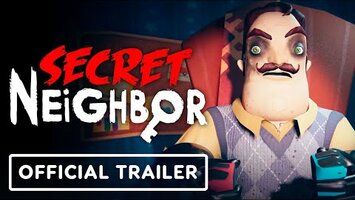 Shelda (363 KP) rated The Tenant of Wildfell Hall in Books 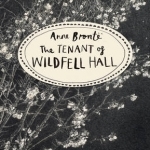 (1 Ratings)
Book Rating
The beautiful mysterious widow and her young son move into an old mansion, which has fallen in disrepair. The confirmed bachelor neighbor finds her intriguing. Will they find happiness together or does she hide a dark secret??? Very good read!!!
Kudos

Trixie Belden And The Secret Of The Unseen Treasure (Trixie Belden, #19)
Kathryn Kenny | 1977

(1 Ratings)
Book Rating
Trixie is determined to help neighbor Mrs. Elliot when someone seems determined to ruin her flower business. Despite the lack of Di and Dan, I find this summer mystery to be lots of fun. 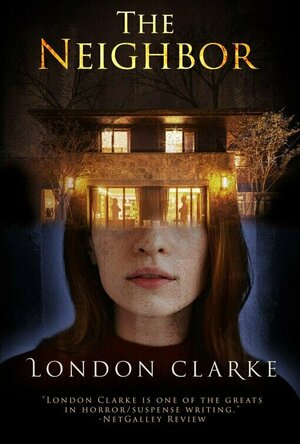 LOVE THY NEIGHBOR. Claire Vogel is a recently divorced mother of four girls and a successful...

(1 Ratings)
Video Game Rating Watch
The Concept (1 more)
Playing as the Neighbor
Balancing, the Neighbor is too OP (1 more)
Playing as a kid isn't very fun
Fun And Intriguing Concept But Suffers From Balancing Issues
Secret Neighbor is a multiplayer Social/Horror game developed by Hologryph and published by tinyBuild Games. It is a spin-off of the Hello Neighbor franchise/series and is available on Nintendo Switch, Xbox One, and PC. Secret Neighbor was initially released in October 2019 and just recently on August 26th 2021 for Nintendo Switch. The game supports up to 6 players who must work as a group to unlock the basement. Just one catch, one of you is the Neighbor in disguise.

I have to say first off that this kind of game is not something that I would normally play. I think my favorite games to play are FPS's, RPG's and probably fighting or adventure games. That being said, I'm also an OG gamer who have been playing games for over 30 years since Super Mario Bros. on the NES. So I've played all kinds of different kind of games and have definitely found some that were more fun than I thought they would be. This was not one of them. The game has an easy enough concept that I didn't understand at first but after reading about the game it's based off of, it makes sense. The game Hello Neighbor is kind of like a kid's version of the movie Disturbia. Your Shia LeBeouf and need to get into your Neighbor's basement after witnessing something suspicious and disturbing.

However in this game Secret Neighbor, your not on your own. You have a group of neighborhood kids, your friends, who are there to help get into the basement too. Your job is to work together to sneak around the house and collect the keys that unlock the basement door. You can use perks and abilities unique to each class of characters. For example the detective starts with a photo of a key location, while the bagger has an extra item slot. There are six different characters altogether and you can cooperate by teaming up and staying together or splitting up and exploring alone. What could go wrong right? Well that's where the secret in Secret Neighbor comes to play. One of you is a traitor, the Neighbor in disguise. As the neighbor your job is to stop the intruders by capturing them all. You can transform in and out of your disguise and also setup traps. There are a couple of different game modes as well as a level editor for you to create your own maze and invite friends to play.

So I went into this game with low expectations. Like I said, I'm not that big a fan of this genre or style type of game but I've heard good things about similar games like Dead by Daylight and Among Us which share some characteristics with this game, so I said why not. So going into the game right away I realized there was a learning curve. As I was trying to learn the controls and figure out what was what, I was immediately scooped up by the Neighbor and game over. This game can be really frustrating for new players in that way. Kind of reminded me of some games that are Battle Royale, like Apex because once you are captured by the Neighbor, it's game over. You can stay and watch the game and see if any of the kids make it or if the Neighbor captures everybody and win, or you can choose to leave the game without penalty. I chose to start a new game because I was determined to do better.

The controls are actually really simple, so it's not real confusing or hard to learn. You have two slots for items, and start off with the flashlight. It's like your best friend because of how dark the lighting is in the game. You can pick up items along the way, random things you can throw like boxes, milk cartons, potted plants, etc... You can also pick up more important items like key cards and keys. The key cards get you into restricted rooms and the keys unlock the basement which is where you need to go to win the game. I think this game is really unbalanced. On way play through a player didn't even try being sneaky and just transformed into the Neighbor and captured us all. There wasn't even anything we could do about it. Then on another play through I was actually with some competent or experienced players who were finding keys right away. The problem this game faces, is the same every cooperative game faces, which is nobody works together. The Neighbor has the edge every time. I played a game where there were some really good players who knew how to throw items really good and would rescue each other and the other players from the Neighbor but he still won and captured everyone.

The concept was interesting and sounded cool. To me it seemed something like Among Us, where you got to figure out who the Neighbor is because it's secretly one of the group and they will use that to capture everyone in secret without revealing their identity. As far as playability however, that isn't usually how it goes down and I feel the game suffers from balance issues making it not as fun as it could be. When you're the Neighbor it can be extremely fun but as the kids not so much. The graphics were good and I liked the character designs and the enviroments. It had it's own weird charm kind of like the movie Coraline. A little bit creepy and strange but not bad. There are some bad animations that happen here and there and things that don't go as smooth as they should. For example, sometimes you can close a door and someone will walk right through it. I also sat and watched as someone playing as the Neighbor couldn't capture someone hiding in a wardrobe because they kept closing the door or they kept closing the door on accident trying to capture the kid. It happened for like 3 minutes and eventually the Neighbor moved on. I also didn't like the speed movement as you walked around, I think you could push in on the control stick to run but it didn't seem that much faster or last for that long.

The sound was great. I particularly liked the little guitar riff when waiting for a game to load up. The sound effects for actions in the game were adequate and the voice overs fit the characters but nothing that really stood out. The game definitely has its moments and can be pretty fun at times. I really enjoyed playing as the Neighbor. To sneak around as a kid and then transform into the Neighbor when you're alone in a room and capture them, then transform back and rejoin the group is thrilling. But lack of team work and communication makes most playthrough as a kid very frustrating. Playing as the detective lets you find keys easier, playing as the bagger helps you hold an extra item, but nothing really helped to escape the clutches of the Neighbor. I think one of the characters the Brave class is supposed to make escape easier but when I played as her it didn't really help. Maybe if the game had a story mode I would be more invested in it but since it was just multiplayer it got pretty repetitive and not as fun rather quickly. I would say that this game isn't for everybody but if it sounds like something similar to a game you've liked playing before, then I can see you picking it up and playing for a couple of hours here and there. As such I would say it has a moderate replay value. I give this game a 6/10. 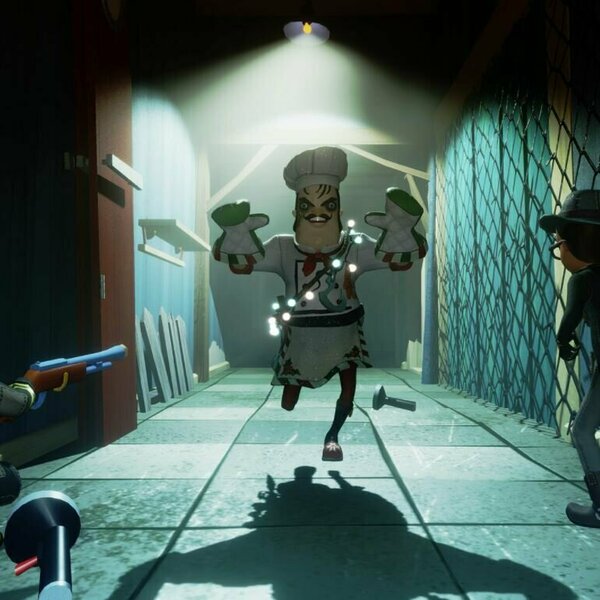 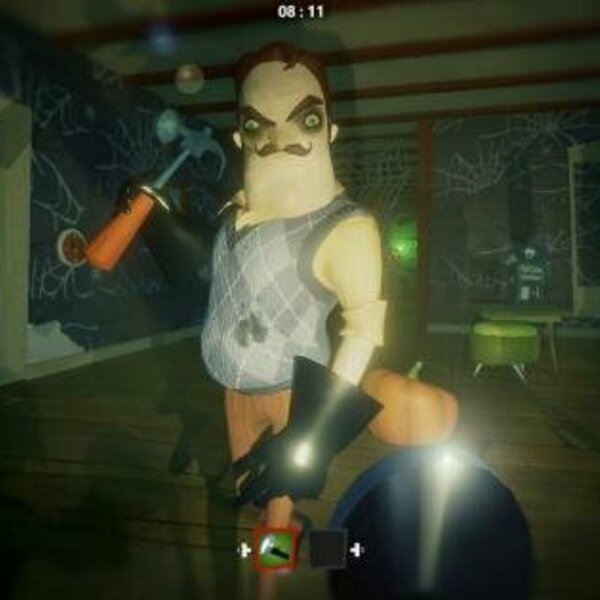 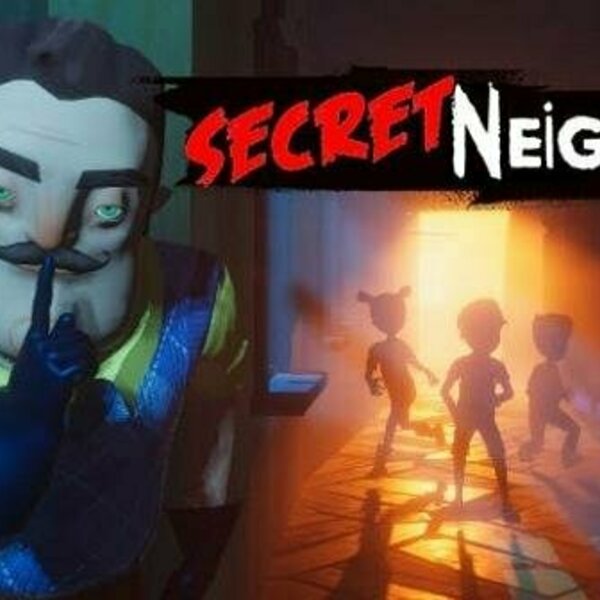 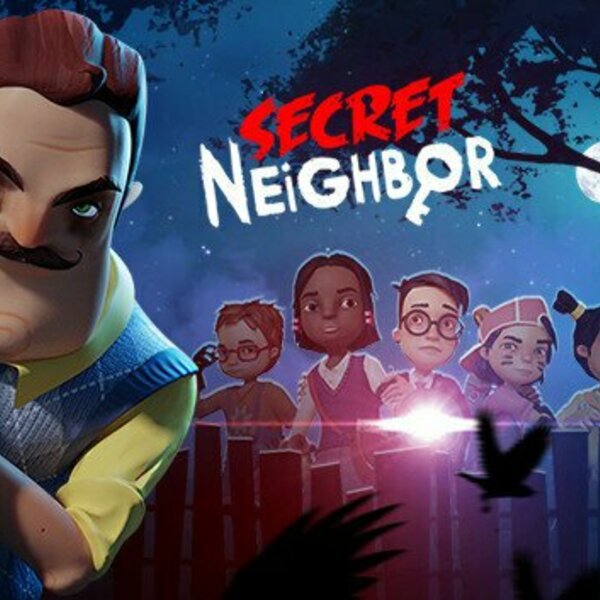 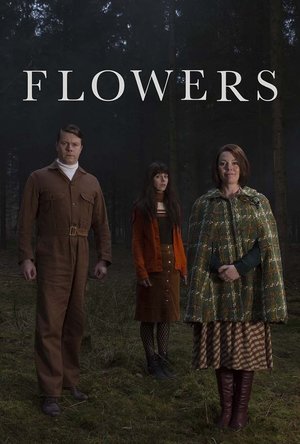 This dark, imaginative comedy follows the eccentric and dysfunctional members of the Flowers family.... 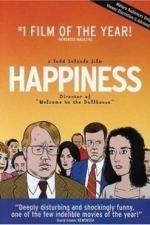 This dark ensemble-comedy is centered on the three Jordan sisters. Joy (Jane Adams) moves through...