"A fascinating story, with realism and character development a-plenty." 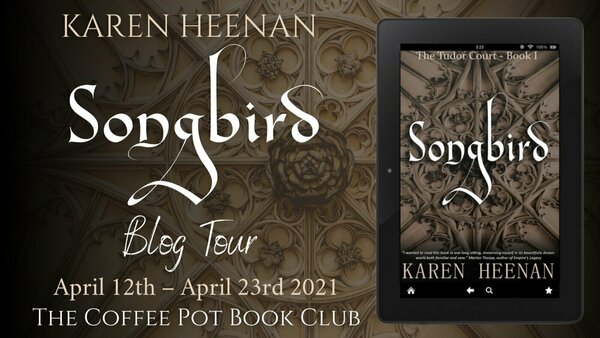 "Betraying the crown is a dangerous game..." 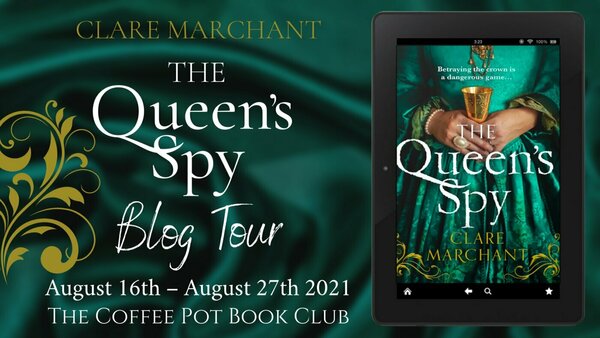 I had to laugh when he said that letters between Henry Tudor and his mother were more like those between lovers than mother and son!!
Kudos 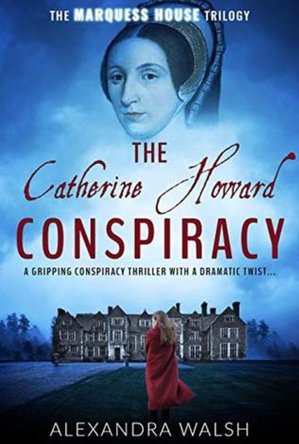 (1 Ratings)
Book Rating
This is set in two timelines: modern day and the Tudor Court. Dr Perdita Rivers and her twin sister, Piper, have been left an enormous bequest by their maternal grandmother. Perdita’s grandmother was a renowned Tudor historian, and had cut off all ties with her granddaughters after the death of their mother. So this is a bit of a shock!
The other timeline follows Catherine Howard in the lead up to her marriage to Henry VIII, and those fateful months that followed it.
I really do like historical novels, and the Tudor period has always particularly fascinated me. I loved all of the historical detail (and I know a lot of it is just conjecture, but it’s fun to imagine!), and Perdie’s research was very interesting too. I’d love a library like hers!
I’m very much looking forward to reading the second instalment as the ending was most intriguing!!
Kudos 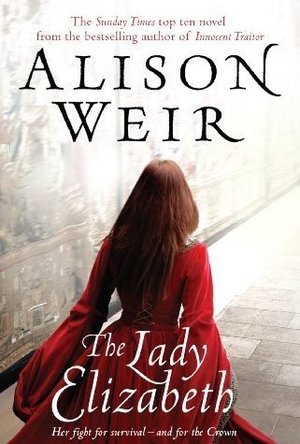 (2 Ratings)
Book Rating
I am now a total Alison Weir addict. This is the second of her historical novels and tells the story of Elizabeth I's early life and her battle to secure the crown. I have been totally immersed in Tudor England for the last two books. Absolutely brilliant. On to another...
Kudos 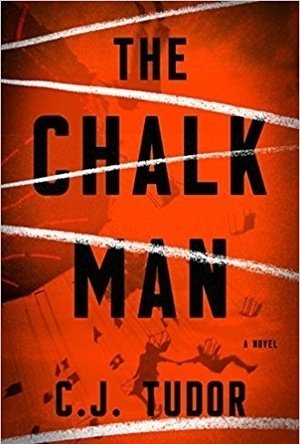 (11 Ratings)
Book Rating
It’s hard to believe that The Chalk Man by C. J. Tudor is a debut; it’s even harder to believe that it’s not considered horror. Though the book focuses primarily on a whodunnit sort of plot, it borrows heavily from my favorite genre. Certain elements of The Chalk Man are downright grisly, which is a welcoming change from many of the mystery books I tend to read. Then again, I love gore and that’s no secret.

The Chalk Man bounces flawlessly between past and present as the story of an unfortunate girl’s murder unravels. Normally, I find back and forth plots confusing. Tudor approaches this not by labeling each shift as a new chapter, but by naming the chapters with the year they take place. This weaving of the plot creates a sense of urgency, with each chapter ending on the cusp of a new discovery. When all the cards are on the table, nothing is as it seems. The popular, snarky definition of the word “assume” definitely plays a heavy-handed role in this book and Tudor pulls it off well.

Creating complex characters appears to be another forte of Tudor’s. By complex, I mean that his cast, much like the plot, has as several layers to it. In some cases, this can make a story difficult to comprehend, but Tudor exercises some caution in giving any of his characters too many traits.

The Chalk Man is a quick, entertaining read which is always a plus. The constant action kept the book from becoming a chore and thus I was able to devour it in a few days. I’d like to thank Penguin’s First to Read program for providing me with a free copy of this book. This review reflects my own opinion.
Kudos 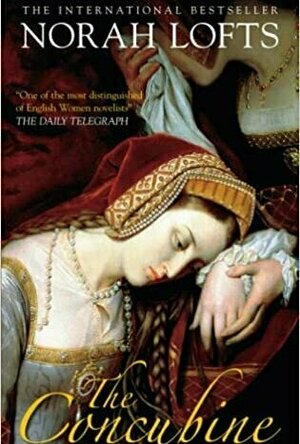 "A novel set in Tudor England that continues to move me on each reading—a beautifully written and emotionally complex book about Anne Boleyn that is courageous enough to resist easy explanations of the English queen’s appeal and creates a woman who could change the course of history with intelligence, style, and nerve tinged with recklessness, and driven by a dark ambition that eventually devoured her." 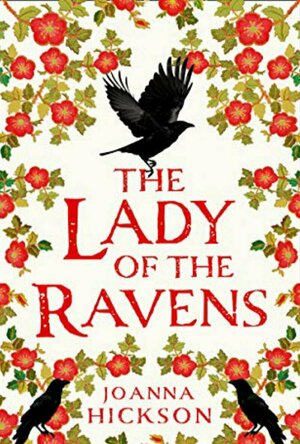 Elizabeth of York, her life already tainted by dishonour and tragedy, now queen to the first Tudor king, Henry the VII.

Joan Vaux, servant of the court, straining against marriage and motherhood and privy to the deepest and darkest secrets of her queen. Like the ravens, Joan must use her eyes and her senses, as conspiracy whispers through the dark corridors of the Tower.

Through Joan’s eyes, The Lady of the Ravens inhabits the squalid streets of Tudor London, the imposing walls of its most fearsome fortress and the glamorous court of a kingdom in crisis.

It was good. I enjoyed it but got slightly bored towards the end. I’m a huge fan of the Tudors and liked reading this adaptation of the start of their reign. It was a decent read.
Kudos

(4 Ratings)
Book Rating
Attention to detail (0 more)
Alison is my favourite historical author - her characters are as close to their true stories as fiction can possibly allow them to be. She can get inside the time period and their heads to take the reader on an emotional and exciting journey. It is the plight of Tudor women she does this with best; and the two books about Anne Boleyn and Lady Jane Grey are my favourites. I have loved devouring her books - easy reads and original twists.
Kudos

This one I think is worth reading though. Although Anne carries one of the main narrative threads the book is really more about Henry Percy, 6th Earl of Northumberland, who had some sort of understanding with Anne before she caught the eye of that other Henry. I don't think his life is as well documented as other more prominent figures at court, but there is enough information there to give a foundation to his story. Our other main character is Will Chatton, who, along with his wife, is a fictional character created to give us a broader view of Tudor society and to assist Henry Percy and move the narrative along. Will is also friends in the novel with Robert Aske, who was a real historical figure.

Henry Percy has not generally been given much prominence, even in fiction, so this was a new angle, drawing out his character. His is not really a happy story, but he is certainly a sympathetic character and the author uses the forced break up of their relationship as a sort of catalyst for the change in Anne's behaviour to a harder outlook, so the reader can still sympathise with her. One thing that does puzzle me in 'real' history, and which I feel the author didn't convincingly explain in her own narrative, was why it was found necessary to break up Anne and Henry's relationship? That point aside, I thought this was a good read and a bit different to the usual court focused novels.
Kudos