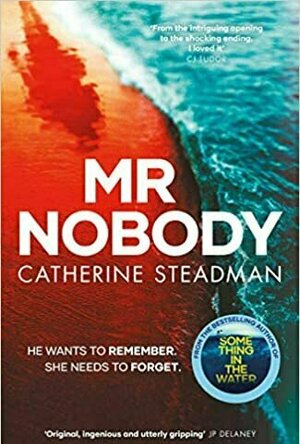 When a man is found on a Norfolk beach, drifting in and out of consciousness, with no identification... 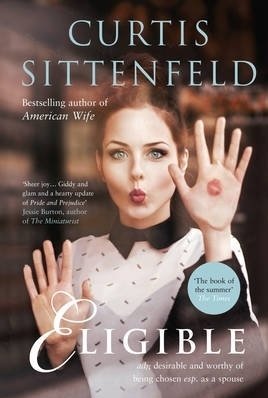 (4 Ratings)
Book Rating
If you thought a modern retelling of [b:Pride and Prejudice|1885|Pride and Prejudice|Jane Austen|https://d.gr-assets.com/books/1320399351s/1885.jpg|3060926]--set mainly in present day Cincinnati--didn't exactly sound like a page-turner, no one could exactly blame you. But, nonetheless, you'd be quite wrong. Sittenfeld's novel imagines the Bennet family in our modern times; Mr. and Mrs. Bennet live in a rambling Tudor home in Cincinnati: broke and somewhat clueless as their house crumbles around them. Mrs. Bennet spends her time clucking around her five unmarried daughters: Jane, Liz, Mary, Kitty, and Lydia. The book revolves mainly around the perspective of Liz, a magazine writer in her upper thirties living in New York City. She and Jane, also in NYC, return home to their parents and younger sisters after Mr. Bennet has a heart attack, only to find the house and the family in a bit of a shambles.

Mr. Bennet is a trip, even while having a heartbreaking sadness and sweetness at his core (though some of his zingers are priceless). The younger sisters are as (nearly) vapid as to be expected--truly awful at times--for much of the book. But seriously, Lydia and Kitty loving CrossFit? It's awesome. And Liz is wonderful; you will adore this surprisingly realistic and modern Liz, with all of her foibles and issues: a truly modern Liz struggling mightily to keep her family together and afloat.

As for Darcy, well he's as Darcy as ever. Somehow Sittenfeld has managed to truly capture the essence of Austen's Darcy and Elizabeth in her new characters. I don't know how, but it's funny and lovely all at the same time. (Side note: As a woman in her early thirties, will I ever be able to read about Darcy without picturing Colin Firth? I now have a desperate need to watch the BBC/A&E mini-series again.)

Overall, I found this book funny, touching, and compulsively readable. The characters are truly characters: they are fully formed within moments of picking up the book. The city of Cincinnati makes a great guest appearance, with the city playing a prominent role in many scenes (hi Skyline Chili!). If you loved the original, you'll find this updated version enjoyable and imaginative, with a surprising depth behind it. If you've never read Austen's work (and you should), you will still discover a funny, sweet yet weighty story of a family trying to make it in this day and age. Highly recommended (4.5 stars).

I received an ARC of this novel from Netgalley (thank you!); it is available for U.S. publication on 4/19/16. You can check out a review of this novel and many others on my <a href="http://justacatandabookatherside.blogspot.com/">blog</a>;. 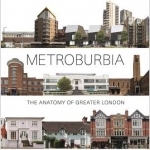 Metroburbia: The Anatomy of Greater London

London's suburbs are home to many thousands of people who travel into the centre every day to work,...

graveyardgremlin (7194 KP) rated The Other Boleyn Girl in Books 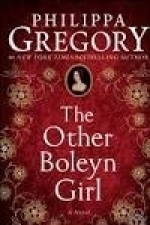 (23 Ratings)
Book Rating
Going into <b>The Other Boleyn Girl</b> I already knew that the historical details weren't very factual, but I had this laying around and needed something both light and set in the past, so I figured this would do nicely. The writing itself is perfectly fine, and mostly, I did enjoy the book. Although, for the first half, it seemed as if everyone only wore red and by the end I got so sick of hearing about Anne's "B" for Boleyn necklace I could scream.

Mary Boleyn, the narrator, is a strange character: sympathetic and of reasonable intelligence one minute, a moronic irritant the next. Personality-wise she went up and down and back and forth. First she was fine not being the King's favorite anymore and seeming to want to leave the court life for the country to be with her children, then she was jealous of a title Anne received, years after the affair between Mary and Henry was over. Possibly this was put in as part of the rivalry between the sisters, but it didn't contextually fit. Her development could have used more work and she didn't mature or change much throughout the whole book, especially between the years 1522 to 1533. I seriously got tired of everybody's patronizing and calling her a fool all the time. They should have just named the book, <b>The Foolish Boleyn Girl</b>. I find it hard to believe Mary was so ignorant the king would have continued to have her as mistress for four years, give or take. She had to offer something other than good looks and being great in the bedroom. Anne herself sure was a piece of work, and even though she was pretty much evil throughout the book, I did still feel sorry for her at the end. Jane Parker was a one-dimensional malicious harpy who wasn't given a reason why she was that way; she was just the resident baddy to the Boleyns. To me, it felt like defamation of character.

Politics and the separation of the Church of England from the Catholic Church were merely mentioned in passing as court life and its primary players took center stage. The whole incest plot, I could have done without. Now if it were the absolute truth then it'd be okay, but since it's highly debatable and based on hearsay, I found it unnecessary and gratuitous. Around the two-thirds mark, the pace let up and it became more sluggish and boring, and it wasn't until the last sixty pages that it recaptured my attention again.

As long as readers know going into this book that the history has been twisted around and invented for pure sensation, then it's fine as a fictional read, but take any "facts" with a grain of salt. While it was an okay read, I didn't love it, but it managed to divert my attention for a few days.

One last note dealing with the fourth question in the Q&A with Philippa Gregory in the back of the book:

<blockquote>How about Mary and Anne's brother, George? Did he really sleep with his sister so that she could give Henry a son?

<i>Nobody can know the answer to this one. Anne was accused of adultery with George at their trials and his wife gave evidence against them both. Most people think the trial was a show trial, but it is an interesting accusation. Anne had three miscarriages by the time of her trial, and she was not a woman to let something like sin or crime stand in her way--she was clearly guilty of one murder. I think if she had thought that Henry could not bear a son she was quite capable of finding someone to father a child on her. If she thought that, then George would have been the obvious choice.</i></blockquote>
Obvious? How in the world is that obvious? You cannot be serious, Ms. Gregory. Now I'm far from an expert in Tudor England, but I cannot imagine that being a common practice. Maybe someone more knowledgeable about this time could tell me if that ever happened, because it just boggles my mind that George would be the "<i>obvious choice</i>." Not to mention, who the hell did Anne supposedly kill? I hadn't heard that anywhere. Even my searches are coming up blank.
Kudos