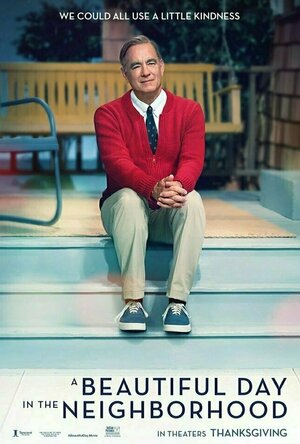 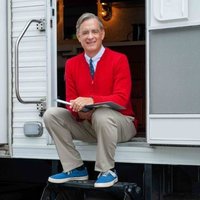 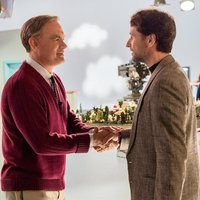 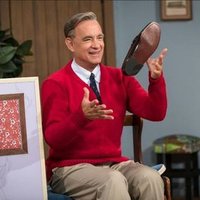 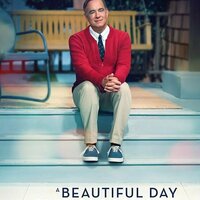 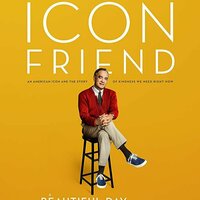 Gentle, slow-paced and full of HEART
The new "Mr. Rogers" movie, A BEAUTIFUL DAY IN THE NEIGHBORHOOD is gentle, warm, slow, kind and heartfelt - just the type of film that is antithetical to how life is bounding past all of us on a daily basis. It would be well worth your time to slow down, turn off the electronics, and take in this wonderfully loving film.

Tom Hanks, of course, stars as Mr. Rogers - the beloved TV Host of the beloved children's show MR. ROGERS NEIGHBORHOOD and he does a remarkable job of bringing this kind gentle soul to life. Hanks embodies all of what is good and right to this character, while still making him a real person. Hanks, no doubt, will be named an Oscar nominee for this performance - but it is in what category that might be a surprise to most.

For, it will be as Supporting (not Lead) Actor for this is NOT a movie ABOUT Mr. Rogers. It is a movie that Mr. Rogers plays a strong Supporting part.

This film is about the real, true-to-life relationship that Fred Rogers forged with troubled writer Lloyd Vogel (Matthew Rhys). Vogel is assigned by his boss at Esquire (Christine Lahti - who it was GREAT to see in a film) to do a quick "puff piece" on Rogers. This hard-boiled reporter is hell-bent on peeling the layers back on this man. The surface of Mr. Rogers is just "too good to be true" to this writer. What happens, of course, is that Fred Rogers peels back the layers on Vogel to help him understand his troubled relationship with his father (Chris Cooper) - and it is this relationship that is at the heart of this movie.

And heart is what is at the center of this film. This film is filled with love, understanding, warmth and HEART in abundance. Fred Rogers helps Lloyd Vogel to slow down and understand - and deal with - his feelings that are impeding his relationship with his father. And it is this heart and warmth that touched me. I was brought to the edge of tears more than once during the course of the 1 hour and 49 minute length of this film (and I am not a cryer) it was that well done - and emotional - without being cloying.

Credit Writers Micah Fitzerman-Blue and Noah Harpster (both of TV's TRANSPARENT) for adapting Tom Junod's real life Esquire article on Rogers in such a way that it is powerful, thoughtful and effective. They accomplished this by placing the events of this film, loosely, in the format of Rogers' beloved TV show and it worked well.

What also worked well was the Direction of Marielle Heller (CAN YOU EVER FORGIVE ME) like her previous film (which garnered Melissa McCarthy a well deserved Oscar nomination), Heller keeps her camera relatively still and lets her actors act - relying on tight. lingering close-ups and lingering, quiet pauses for the full effect of the emotions behind the words to land on the audience and resonate.

She would not be able to do this without a strong cast - and a strong cast she has. Besides Hanks, Matthew Rhys (TV's THE AMERICANS) is a steady calm. angry presence that anchors the film in the "no way Mr. Rogers can be that nice" mindset that almost all of us have at the beginning of the film to be slowly peeled away to reveal what is really causing the anger and cynicism emitting from his character. The always reliable Chris Cooper (Oscar winner for ADAPTATION back in 2002) brings pathos and regret as Jerry Vogel, Lloyds father. The relationship between these two is the balancing point of this film and it is balanced well. They are joined by a strong list of Supporting Actors (like Enrico Colantoni, Susan Kelechi Watson and Wendy Makkena) that bring strength and warmth to the proceedings without stealing focus on the main players. They all are SUPPORTING players and they SUPPORT the events of the film wonderfully

I strongly urge you to see this film in a "closed environment" - a movie theater, in a darkened room - without distractions (turn off your phone, close the shades if you are home) and let the warmth, gentleness, humanity and slow-pace wash over you. You'll be glad you did.

Letter Grade: A- (Did I mention that this film is paced VERY slowly)