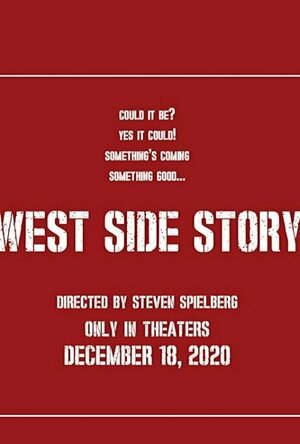 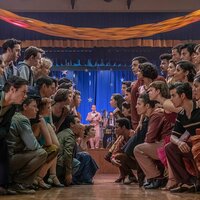 Very Good...but could have (SHOULD HAVE) been GREAT
One of the biggest disappointments in watching a Motion Picture is when a Film has all of the ingredients to be a GREAT film, but is knocked off this tier by one flaw - and sometimes - is knocked down to merely good by an egregious flaw.

Such is the case with Stephen Spielberg’s adaptation of the 1957 Broadway Musical WEST SIDE STORY - it has all of the ingredients to be considered a great film, but it has a problem at it’s core that knocks it down to very good (and maybe just “good”).

The 1961 version of West Side Story, of course, swept the 1962 Oscars, winning 10 Oscars - including Best Picture. This musical, of course, is based on William Shakespeare’s Romeo & Juliet about a doomed love relationship set in a time of battling factions.

There is much to like in this adaptation - and let’s start with Spielberg’s Oscar nominated Direction. It is “spot-on”, for the most part in this telling of this tale, keeping the events rolling, and the tension taught (and rising) throughout the course of the film and orchestrating well deserved Production Design, Sound, Cinematography and Costume Oscar nominations. This film is a treat to watch (and listen to) and is the very definition of a film deserving of Awards. These are all top notch professionals in their fields delivering top notch results and having the Songs of Leonard Bernstein (Music) and Stephen Sondheim (Lyrics) so beautifully depicted is a treat, indeed.

Spielberg, wisely, ethnically cast this movie appropriately. Having Latino performers playing one faction of these warring entities and White performers playing the Anglos in this film is the correct move. Spielberg (and playwright Tony Kushner who adapted Arthur Laurents book) decided to have some of the scenes performed in Spanish (as they would be in “real life”) with no subtitles. As a non-Spanish speaking Anglo, these scenes worked very well for me.

Add to all of this strong performances across the cast. David Alvarez as Bernardo, Mike Faist as Riff, Josh Andres Rivera as Chino all shine as does Iris Menas as Anybodys. Stealing the show, of course, is Ariana DeBose (HAMILTON) as the hot-blooded Anita, a performance that will, IMHO, win the Oscar for Best Supporting Actress. If she does win, she will be the 2nd Actress to win the Oscar for playing this role in a film. Rita Moreno won it in 1961 - and let’s talk about her work in this film. Spielberg, wisely, gender-swapped the “Doc” role in this film - and gave it to Moreno. Her Valentino is the heart and soul of this film and it was a risky, and wise, choice to give Valentino the song “Somewhere” - and it works beautifully. I would have been happy to see the EGOT winning, 90-something year old Moreno get an Oscar nomination as well.

You will notice that the 2 leads - Tony (Ansel Elgort) and Maria (Rachel Zegler) have yet to be mentioned and, therein, lies the problem with this film.

Individually, their performances are “good”. Zegler’s Maria is young, sweet and innocent and she is “pitch-perfect” for this role. Most critics point to Elgort’s work as the reason that this film falls short of greatness and I think that this is unfair to Elgort. Remember, Tony has been tucked away in jail for a few years for almost killing a rival gang member with his fists, so he needs to be somewhat older than the others and he needs to have a temper simmering underneath that is ready to explode. Elgort plays this role as Directed by Spielberg and is a good fit for the interpretation of this role as formed through the eyes of his talented Director.

The issue is when Tony and Maria are put together on the screen - there just is no chemistry between the two and the age difference (at least how the 2 characters look and are portrayed on screen) is jarring and is almost creepy. I never felt the love connection between Tony and Maria, a factor that is so important to the spine of this film that when it is missing - as it is here - the movie fell flat.

Ultimately, you have to fault the Director for this and that is too bad, for the other aspects of the film - and Spielberg’s Direction - are so good and so strong that the disappointment of the black hole that is central to this film is crushing.

Letter Grade: A- (heading towards B+)