Jodi (4 KP) rated The Losers’ Club: A Stephen King Podcast from Consequence of Sound in Podcasts 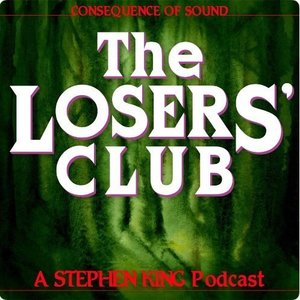 (5 Ratings)
Podcast Rating
Content (5 more)
Contributors
Length of episodes
Frequency of episodes
Inclusion of listeners
Episode themes
Early audio quality(but it improves!) (0 more)
The best Stephen King Podcast out there
The Losers have been reviewing the works, social media and daily exploits of Stephen King since January of 2017. They go more in depth into each work than any other discussion I’ve encountered.
Kudos 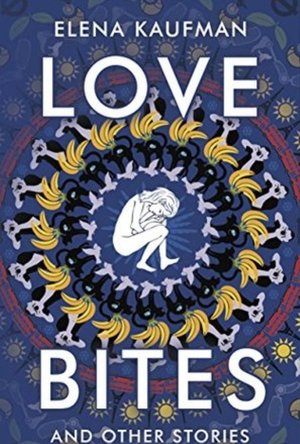 (1 Ratings)
Book Rating
This is a collection of short stories that follow various people who are not where they started out. They are immigrants, eccentrics and those who really don't want to be where they are. Themes include loss, isolation/ loneliness and difference.
Stories that particularly stood out for me, were the story about a girl who loses her leg, the elderly woman trying to escaper her old people's home if only she could remember what she's supposed to be doing, and the woman who goes to see a 'Sheikh' for family relationship advice.
All of the stories made me stop and think - mainly about what I would have done in their circumstances. Very thought provoking.
This was another book read on 'The Pigeonhole' social reading platform. 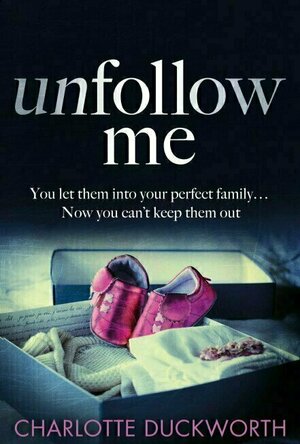 (2 Ratings)
Book Rating
Another tale to warn of the dangers of social media - this time focused on a YouTube vlogger who suddenly deletes all her social media accounts - I mean shock horror what could be more suspicious!?!.

This book really wasn’t for me, I found all the characters irritating and unrelatable. We had Yvonne how spent most of her book uterus gazing which bores me to tears. As someone who doesn’t want kids, I sure do know a lot about fertility treatments and ovulation monitoring as this seems to be a recurring obsession in books at the moment and it’s just not interesting to me. Knew exactly where her storyline was going - sigh.

Then we have single mum Lily and get to hear the “woe is me being a single mum is so hard” bit, which I’m sure it is, but again not interested in the recurring theme. Yvonne and Lily both love to watch vblogger Violet on YouTube who is a mummy blogger and they flip out when she seems to disappear removing all her social media accounts. So that’s the mystery we move towards figuring out but I just don’t really care and I still don’t care once it’s all been underwhelmingly explained by the end.

I’m sure there are plenty who are as interested in these themes as I wasn’t - this book is for you - not me.


Many thanks to the publisher, author, and NetGalley for the ARC in which I gave an honest review in return.
Kudos 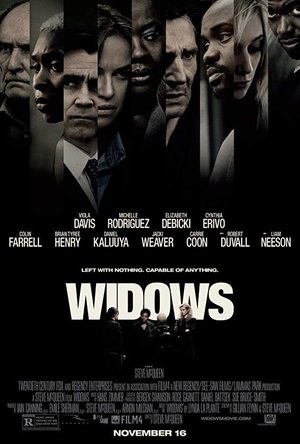 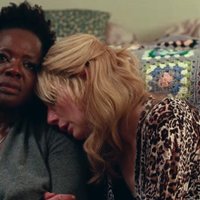 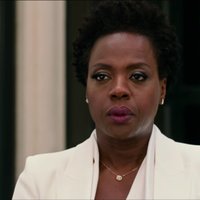 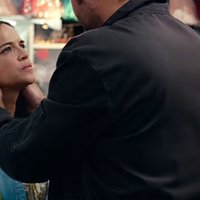 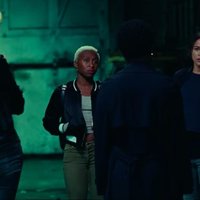 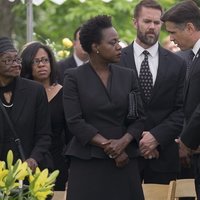 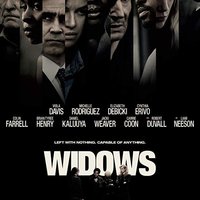 Great cast (0 more)
Not much of a heist (0 more)
A heist film that doesn't quite payoff
A film that's based on an early 80's TV series of the same name. After seeing the cast line up and directed by Steve McQueen I was looking forward to this. It does have a great ensemble cast although the main plot is quite simple and a bit predictable. There are many layers to this film, with plenty of social comments on many themes. Something you expect from Steve McQueen. As a result though the actual heist almost plays second fiddle to all the other subplots and insights. I really thought the heist part would be very clever and elaborate. Instead it pales in comparison to many others of a similar genre. See it for the performances, story and not for the action of the heist itself. This way you'll enjoy the film a lot more.
Kudos 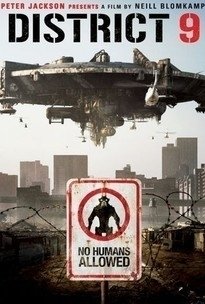 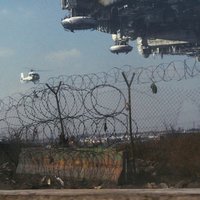 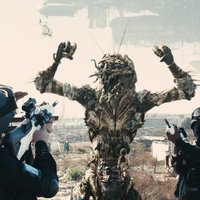 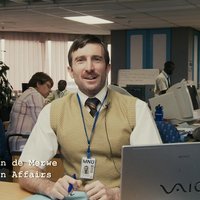 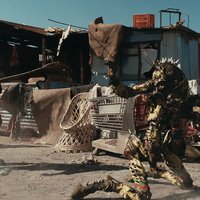 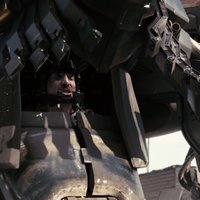 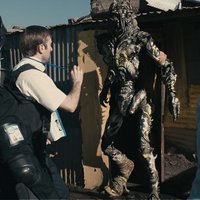 When Aliens Attack
Contains spoilers, click to show
District 9- was a intresting film.

The film is partially presented in a found footage format by featuring fictional interviews, news footage, and video from surveillance cameras witch is really intresting.

The story, which explores themes of humanity, xenophobia and social segregation, begins in an alternate 1982, when an alien spaceship appears over Johannesburg, South Africa. When a population of sick and malnourished insectoid aliens are found aboard the ship, the South African government confines them to an internment camp called District 9. Years later, during the government's relocation of the aliens to another camp, one of the confined aliens named Christopher Johnson tries to escape with his son and return home, crossing paths with a bureaucrat named Wikus van der Merwe.

It was Neill Blomkamp director debut and he did a great job. 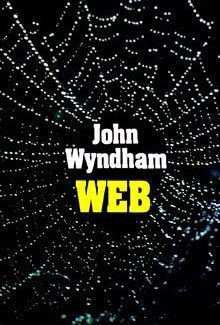 (1 Ratings)
Book Rating
John Wyndham's final novel revisits a number of his themes and has the odd good passage, but you can tell the author has struggled with it. A group of idealists looking to create a perfect society discover they have made a bad choice of site: the location in question, a remote Pacific island, is already overrun by vast swarms of social spiders - possibly the result of nuclear testing in the region (or, failing that, a curse from the original islanders, displaced by the colonial powers).

Sounds like it has promise, but it takes a very long time to properly get going (the spiders don't appear until the second half of the book) and it's a bit unclear what points Wyndham is trying to make. Some of the divergences from the classic Wyndham formula are a little curious; the protagonist is older, and the general tone more fatalistic than in his better-known books. Fairly readable, but it lacks the big ideas and memorable imagery of his best novels.
Kudos

lurkykitty (3 KP) rated The Only Good Indians in Books 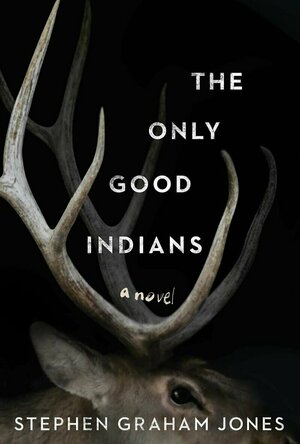 Suswatibasu (1675 KP) rated The Ethics of Ambiguity in Books 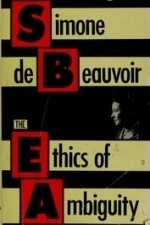 (1 Ratings)
Book Rating
Complex themes, slightly obvious
Simone De Beauvoir is one of the foremost feminist philiosophers there are. However, unlike in The Second Sex, The Ethics of Ambiguity explores the nature of freedom and basically deconstructs arguments made by pioneering philosophers Marx and Kant. She poses the question how can humans be both subject and object yet still be free? She says if humans are born free why are they also treated like objects to control? And there lies the ambiguity.

As free, we have the ability to take note of ourselves and choose what to do. As factic, we are constrained by physical limits, social barriers and the expectations and political power of others. She has quite a Hobbesian approach saying human beings are responsible for their own actions and therefore have to work at creating concrete ideals rather than following an abstract notion of freedom.

She also criticises approaches that require grasping for freedom at the expense of others - adding that inadvertently reduces gaining freedom down to another form of slavery ie. Communism, Capitalism and Democracies.

She concludes that the only way you can will yourself free is to will others free in the process.

While the sentiment is there, her writing style was very repetitive in this book, and at times a little tangential. Not her best work, but still very relevant for current times.
Kudos 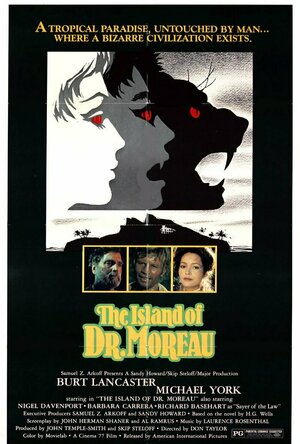 (3 Ratings)
Movie Rating
Interesting if not entirely successful adaptation of H.G. Wells' classic piece of Gothic SF. Michael York get washed up on Burt Lancaster's private island and discovers he's been doing genetic experiments on animals, trying to instil human characteristics into them. Well-mounted, and with decent performances from most of the cast, even if it's never quite as thought-provoking or disturbing as you'd probably like it to be, while most of Barbara Carrera's scenes feel like they've been grafted on from a different film, not entirely comfortably (an attempt at a twist ending involving her character was abandoned when Michael York refused to film it on taste and decency grounds).

The film-makers seem to have noticed the theoretical issues with the plot of the book - the main character has no real agency and is merely an onlooker - and fixed this by introducing a subplot in which Moreau experiments on him, thus setting up a reasonably elegant action-adventury sort of climax complete with happy ending. This does put the film rather at odds with Wells, though, and gets in the way of exploring the book's actual themes - its somewhat problematic subtexts about social control and the different sort of uplift attempted by the British Empire are still there if you look for them, seemingly by accident. Enough of the book's imagery and ideas survive to make this worthwhile viewing and probably the most rewarding adaptation, but really - read the novel as well.
Kudos 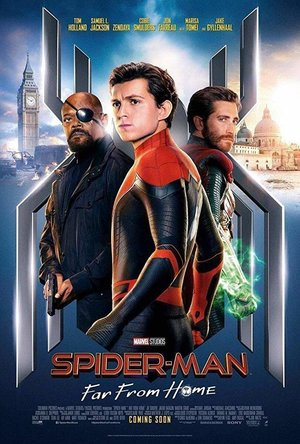 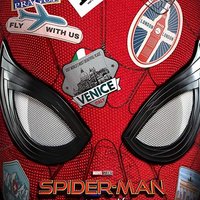 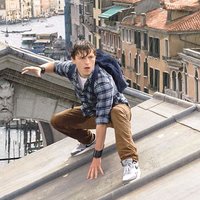 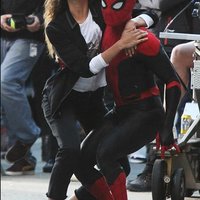 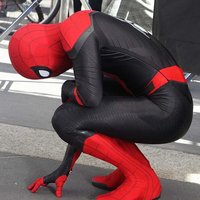 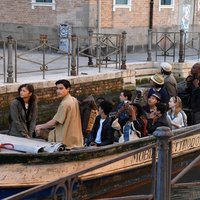 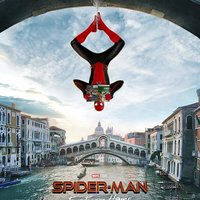 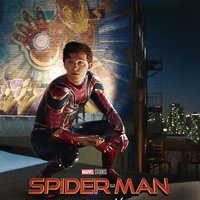 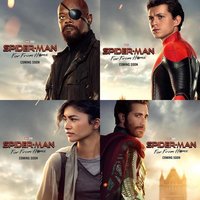 Home Run
Spiderman Far From Home while more like add on dlc to the far superior Homecoming is packed with enough breathtaking moments & genuinely touching character moments to make is a top notch Spidey road trip. I cant deny Im a sucker for anything Spiderman related so please take my review as possibly slightly bias. At first Far from home had me extremely worried as some of the writing is borderline awful, some acting felt extremely off & its strange offbeat comedy is thrown at us so thick & fast I was eeeessshing more than I was laughing. However about half an hour in something changed & all the things I hated started to come together & I really felt my self becoming really involved with it all. I think what the movie had actually managed to do was not only remind me of the 90s animated show but almost recreate its feel in live action form too. Full of exposition & plot twists I saw coming a mile off Far from home still managed to keep me invested in its characters & raise the stakes/tension constantly as the film went on. What started off as a silly predictable romp actually ended up being a thrilling adrenaline rush filled with pulse pounding busy action scenes that utilised slow motion & unique camera tracking brilliantly as well as a finally thats heartfelt & extremely touching. Themes of new love & the rush it brings as well as its beautiful awkwardness are so relatable & believable & its darker themes of how the worlds gullibility/naivety/social media can be used against us as a weapon are scarily current also. Jake gyllenhaal is literally of the chain as mysterio & I would go as far as saying brings THE best acting I've ever seen in any marvel film so far. Seriously his performance is next level especially when you compare how his character behaves in the first half of the film against in the second half going from quiet, bland, weak & emotionless to unstable, intelligent, overconfident & tactical with some intense/harrowing use of his powers too. One of the most comic like comic book superhero films we've had so far its dorky, full of awesome action, twists/turns & a kickass villain so sit back & take it for what it is pure enjoyment.
Kudos