The Admiral’s Wife by M.K. Tod 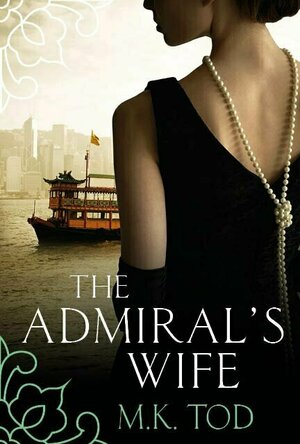 The lives of two women living in Hong Kong more than a century apart are unexpect-edly linked by forbidden love and financial scandal.

In 2016, Patricia Findlay leaves a high-powered career to move to Hong Kong, where she hopes to rekindle the bonds of family and embrace the city of her ancestors. Instead, she is overwhelmed by feelings of displacement and depression. To make matters worse, her father, CEO of the family bank, insists that Patricia’s duty is to produce an heir, even though she has suffered three miscarriages.

In 1912, when Isabel Taylor moves to Hong Kong with her husband, Henry, and their young daughter, she struggles to find her place in such a different world and to meet the demands of being the admiral’s wife. At a reception hosted by the governor of Hong Kong, she meets Li Tao-Kai, an influential member of the Chinese community and a man she met a decade earlier when he was a student at Cambridge.

As the story unfolds, each woman must consider where her loyalties lie and what she is pre-pared to risk for love.

Main Image Courtesy: Amazon.
Images And Data Courtesy Of: Heath Street Publishing.
This content (including text, images, videos and other media) is published and used in accordance with Fair Use.