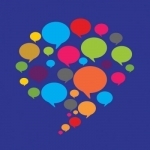 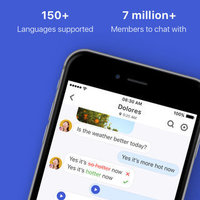 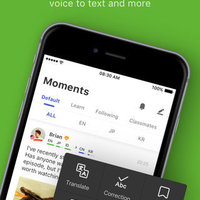 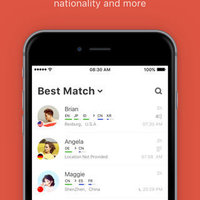 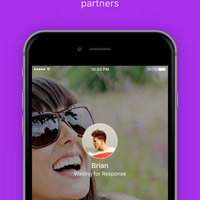 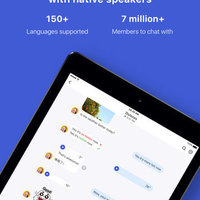 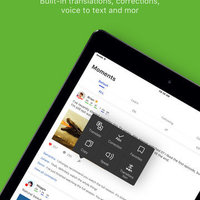 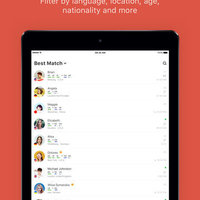 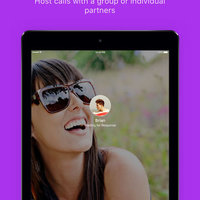 Great to Learn About New Cultures (0 more)
Not Reliable for Learning Significant Amounts (0 more)
This app is great to speak to native speakers of the language you want to study. You can follow people you are interested in, or who provide useful information for you and you can even message, call, and send pictures to HelloTalk friends. It is a great app to learn about culture because you are learning from the natives themselves, not just from a textbook. You can even ask people questions if you're nice enough.

However, by way of learning a significant amount of your studied language. It would take some dedication and patience. Firstly, it can be difficult to find someone who is willing to teach and not be taught. Secondly, it can be difficult to call people because of the different time zones, and then of course there can be language barriers. I find that when I message people it is usually the same generic conversation starters and questions:
Hello, how are you?
What is your name?
How old are you?
Where are you from/where do you live?
What is your job?


ect
It can be difficult to get to know someone well enough to move past these types of conversations, but not impossible. It just might take some time to root out a good candidate.


Nevertheless, I love using the app. I like to post on my memories and help other people learn about my culture. It is rewarding. And it is easy to like, and ask other people questions about their home town.


If you use the app right, you can gain a lot from it. If you only use it halfheartedly, you will probably gain hardly anything of value to you. 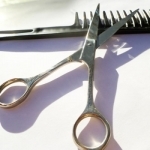 My Book of Clients Salon

With My Book of Clients Salon® you can have your Book with you at all times! This comes in handy... 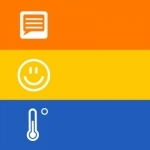 Easily share health notes on your loved ones. Anytime. Anywhere. Hello! My name is Alex and I have... 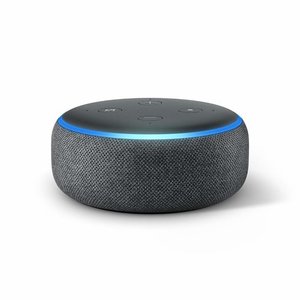 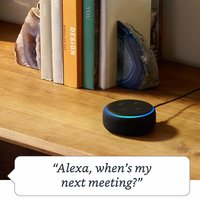 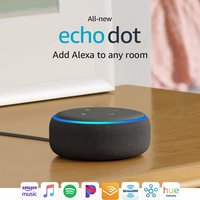 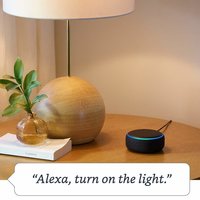 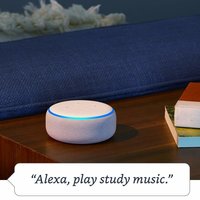 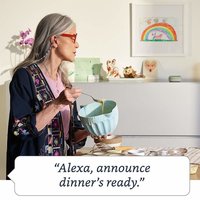 Wonderfully useful and functional
I’m one of those people who often takes a while to get into and accept new technology. Not because I’m a technophobe, in fact I’m a massive techie and often the go to person for tech related issues within my family and friends. My issue is that I find a lot of technology is encouraging people to become lazier or become out of touch with basic home skills (like smart ovens or washers, I just don’t get it!). I’ve often lumped smart speakers like the Echo Dot in the same category in that I just didn’t see the point in them when most people still have functioning old school speaker systems. However I can honestly say my mind has definitely been changed for the better on the Echo.

Firstly it looks and feels great. I was expecting a rather flimsy feeling speaker but in fact it feels quite weighty and substantial, and the Sandstone version that I’ve bought looks rather sleek. It stands out and looks good but at the same time isn’t at any time the focal point in a room. The speaker aspect is rather good too and has a decent sound quality. I’ve placed this in my kitchen, as I have a fairly open downstairs and the sound easily reaches the entire floor - I can even speak to Alexa from my living room which is a good 7+ metres away with only a standard sized doorway for sound to reach through. Admittedly I had to mute the TV, but I’m still impressed she can hear me from there! The Echo Dot links up seamlessly with my Spotify account and I’m surprised it plays so well and doesn’t encourage you to try and sign up to Amazon Music instead.

The thing about the Echo Dot is that it isn’t just a glorified speaker and it’s only from owning one that I’ve truly appreciated this. As well as music, Alexa also helps out with so much more like reminders, timers and the weather as well as a whole host of fun features. There are so many fun things you can ask Alexa (google it if you haven’t already), too many to name although one of my favourites is “Alexa, find Chuck Norris”. There’s also the rather sad fact that as I live on my own, Alexa provides a rather welcome conversational partner and definitely less one sided than talking to the cat! I’m also a rather forgetful person, so having the ability to ask Alexa to set reminders when I can’t do something at the time (i.e. remembering to take the bins out when I’m in the middle of making dinner) is a god send. I’m surprised at how well the voice recognition works too. I’ve often experienced issues with voice recognition on mobile phones, because it doesn’t appear to like the northern accent, but Alexa so far has not had any issues. Maybe I need to speak “proper” Northern and see how she reacts...

I love this that much that I’m looking at buying a second Echo Dot for my upstairs so I have full coverage in my house, and can then take advantage of using Alexa as my morning wake up call amongst as well as being able to link both together to act as a multi room speaker system. Fingers crossed I’ll be able to get a bargain during Black Friday in a couple of weeks!
Kudos 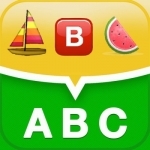 Emojizer Emoji Words and Names that Transform to Emoticons

-"The NUMBER ONE Emoji App on the App Store" NOW WITH NEW EMOJIS AND INSTAGRAM INTEGRATION!!! WHAT... 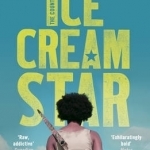 The Country of Ice Cream Star

Read an exclusive interview with the author here My name be Ice Cream Fifteen Star and this be... 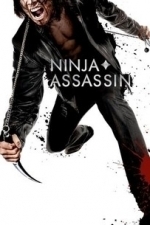 (4 Ratings)
Movie Rating
Blood Fest
Ninja Assassin is one of those movies that you forgot that came out because it was such a underrated jem. You forgot that James McTeigue directed it, who's that you say well... He directed "V For Vendetta" in 2005, a great film by the way. Than after this film he went on the directed "The Raven" in 2012, a decent film underrated as well. Than 2 more films that i havent seen. So why am I reviewing this film, well because its really a forgotten movie, same with "The Raven" which ill probley reviewing in the future, this one is just oh hey you remember that movie called "Ninja Assassin", not really/no/Ninja plus Assassins that sounds call would be someone's answer. Or Thats a cool title whats it about..

The Plot: Trained in methods of killing from an early age, Raizo (Rain) is a member of the secret clan of assassins known as the Ozunu. After the Ozunu kill his friend, however, Raizo breaks free from them and vanishes. Meanwhile, Europol agent Mika Coretti (Naomie Harris) discovers a money trail linking the the group to murders. Raizo saves Mika from his former comrades and joins forces with her to bring down the Ozunu forever.

Sounds intresting right, because it is. The action, the violence, the gore, the blood. Plus also a actor name Rain is in it. Rain how cool is that name and also i forgot that Naomie Harris is in thia film. She is such a great actress that hardly no one talks about, she is such a underrated actress.

A fun and cool film to watch in my books.
Kudos 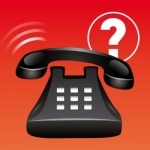 Imagine answering a call or receiving a missed call from an unknown number – so annoying! But with... 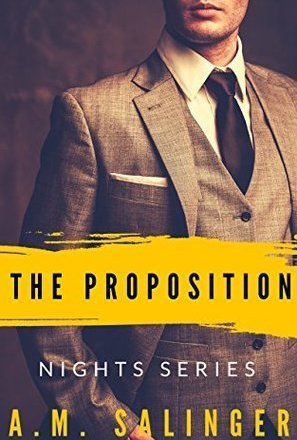 They call me the Charmer. My best friend Wade tells me it’s because I’m suave and mysterious....

(1 Ratings)
Book Rating
First off, allow me to commend Megan for making it past what I would call the Snowpocalyspse level, in which case the weather was nastily for a week in early January. I'm sure that says a lot, and that was not sarcasm whatsoever.

Merlin's Children starts off pretty much exactly where Taliesin Ascendant left off, and we finally get answers from the prologue of Book 1.

Or maybe I just now realized the answer to the question and it was in my face the entire time. *shrugs* I'm pretty sure it doesn't matter since as long as the question is answered, then it's all good.

I still have to applaud the author for continuing to be practically flawless in grammar/spelling (I make it a point to mention these things :p).

But I do find it really weird that the characters seem to draw their eyebrows downward a lot. I'm not sure if it's possible or I'm just those peeps who can only raise my eyebrows, but each time it was mentioned, I was pretty tempted to run into the bathroom, stare at the mirror and see if it was possible.

My mother would have thought I was insane if she saw me so I didn't do it.

HEY! HERE'S A POSSIBLE HUGE SPOILER! I sort of wanted what happened to Jamison to be something else. Maybe because I was thinking of what I read about the Nikita finale in TV Guide, in which I sorrily missed. -_- I am glad that some of the characters from the very first book return though. ^_^

On a final note, Megan has upped her game a bit compared to the last 2 books (yes, I'm staring at the raw ratings for the series). It's more fast paced, has more action and if anything, I sort of have a short attention span. A semi one, since I can tolerate SOME boring books to the end. :D But then the review turns out bad. I think that was irrelevant.

For some reason, I keep reading Ermengarde's name as "Er Ma Gawd" so I ended up reading "so and so and Ermagawd..." every so often. That might actually be how the name is pronounced, but I'm honestly not sure so I'll just call her OMG. :D