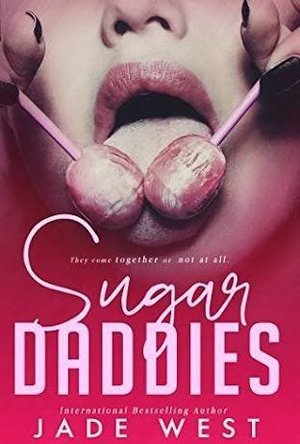 (3 Ratings)
Book Rating
Every Character (1 more)
Writing/story
This was my first MMF read and my first Jade west read and all I can say is wow that was awesome. I loved every character and I was so happy that there was a storyline that wasn’t just all about the sex and it was great.
Kudos

Wolfe Caine and his cousin Lynx know the small town of Embers Ridge like the backs of their hands.... 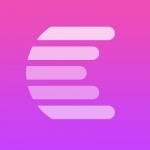 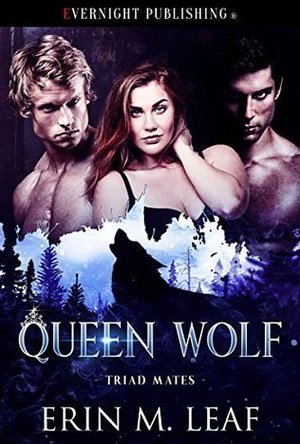 Avery is resigned to solitude. She can’t shift, she’s overweight, and her ex cheated on her, but...

A sugar daddy website doesn't seem a sound basis for an A1 life plan, but I'm a small town girl with... 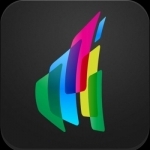 The File Converter - Convert your file, video, ebook, image, audio, or document to nearly any format to open or view 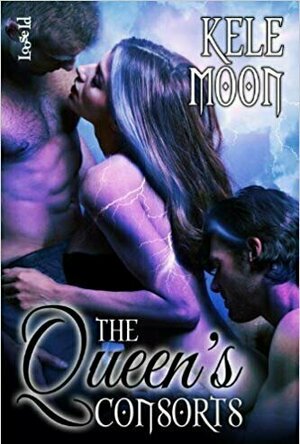 (1 Ratings)
Book Rating
“We should feel nothing toward her, yet I’m drawn to her– as powerfully as I’m drawn to you.”

The Queen’s Consorts definitely delivered. “In the days before the darkness the sun shone so brightly flowers grew right out of the ground,” Sari said softly. “Just like magic.”

Like everyone else on the planet of Auroria, Sari has never seen sunlight, and she never will unless the Queen returns to her Consorts and takes her proper place on the throne. But she doubts that will ever happen. After all, the young Queen has been missing since infancy, separated from her Consorts who were kept away from the world in the Sacred City, the palace in the Capital.

It took me a little bit to get used to Auroria. It’s common in this world for a woman to have two husbands, who will love and please her. With women so rare, they are valuable and meant to be cherished. Or they are meant to be extremely profitable sex slaves.

Sari resisted the urge to take Aria to a shelter, knowing there was usually a far worse fate than a life on the streets for young, unclaimed females. Being much more rare than males, if a girl was unfortunate enough to be orphaned and alone, they were usually seized for the underground sex market that was saturated with males.


Pretty crazy for a Queendom, where women are revered, huh? But it’s actually not a flaw. It just goes to show how out of whack everything is without the Queen there.

Unfortunately, the scarcity of women get Aria and Sari hunted down by a pack of teenaged boys, looking to make some quick money. Sari is able to fight them off enough for them to run, but she takes a bad beating. She only lives when a Sacred City guard recognizes her as a Rayian Sister. The guard takes her into the Sacred City, where she’s left to the care of the Consorts, Taryen and Calder, in their private chambers. After years of being abused by the Rayian Sisters, Taryen and Calder are used to only relying on and trusting each other. But it isn’t long before they realize Sari isn’t like the other Sisters.

Both Taryen and Calder are extremely sexy in their own way. Right away I had Taryen pegged as the kinder one who would freely love Sari first and Calder would take longer to learn to love and trust Sari.

“I want to care for her,” the other man said before his friend Calder could answer. “It’s not fair for her to suffer for misdeeds of others, Cal. I know you know that.”

“She’s Rayian, Taryen. Her needs will be the same as the rest of them.”

Calder is definitely the more wary of the two. He’s incredibly protective of Taryen, and he doesn’t trust Rayians for good reason. I knew he’d come around eventually, but for the time being I enjoyed Taryen’s amazingness. He was quick to take care of Sari, even at his own risk.

“She will be angry and inclined to punish if others of our sex have abused her.”

“That’s all right,” Taryen whispered a breath away from Sari. “I will bear their punishment for them if that’s what she needs to heal.”

Can I also just say that I love it when authors know that “alright” isn’t a word and they use the correct form? Good editing gets to me just as much as good characters.

If you’re thinking Taryen’s character is over the top and unrealistic, then you would be right. But that’s explained! He was born with a defect that makes him pure of heart. He’s unable to hold onto negative feelings and he’s incredibly selfless because of it. And damn, he’s pretty wonderful. Just perfectly wonderful.

Calder’s not pure of heart and like most people who have been sexually abused for years, he’s angry and resentful. The only person he trusts is Taryen. I was hoping for a long love story between him and Sari, honestly. He needs to work through trust issues, and even if he is attracted to her, he can’t bring himself to fall in love with a Rayian after what he’s been through. Right?

Calder is wary of Sari… for like an hour. I know that the laws of nature have demanded that he love her and everything, but it was still too insta-love. Taryen is pure of heart and doesn’t have the emotional baggage Calder and Sari has. Of course Taryen is going to fall in love quicker. Calder, however, should have held out a little longer. I wanted one of them to take his time falling in love with her.

But I love Calder and Taryen together. They are beautiful without a doubt, and their love for each other actually made it really difficult for me to imagine them loving Sari just as much.

“Never treat me like one of them,” Calder growled as if the words themselves were hurting him. “I’m your lifemate. You’re allowed to take pleasure from me.”

Taryen’s groan was breathy in a way that betrayed his desire. “I’m sorry. It just slipped out.”

Don’t apologize.” Calder’s tone softened as his touch became gentle, his fingers tracing the line of Taryen’s jaw. “Just tell me what you want. Tell me what you think about when you’re with them. What thought makes it bearable?”

I was swooning in the college library when I read this. SWOONING!

I mean seriously, Calder and Taryen have way too much heat and love for me to handle. They alone can put the entire erotica industry to shame, let alone adding Sari into the mix. I mean, it’s like having both Sayid and Sawyer from Lost in all their sexiness.

My biggest problem with the story was the question of who the Queen was. After all, the Queen is the only woman the Consorts are supposed to be attracted to, she’s the same age as them, and because she was missing, she would be a Rayian without a clear past. And yet it’s not until over a third of the way through the book that Taryen and Calder figure out who she is. Seriously? It’s not like there are many Rayians running around who are their own age and have a clear past. It also irritates me that everyone believed Laysa when she claimed to be the Queen. Of course she would claim credit when the sun came back because she’s an opportunistic bitch. But if she was really the Queen, then wouldn’t she have brought the sun back when she started using the Consorts? Years ago?

But all in all, this book rocks. I loved the world of Auroria and the political war. The love story was fantastic, all things considered. And if you’re looking for a substantial erotica book with good writing and a well-developed plot, then you really need to check out The Queen’s Consorts.